VAR is coming to the Premier League: Should we be happy? 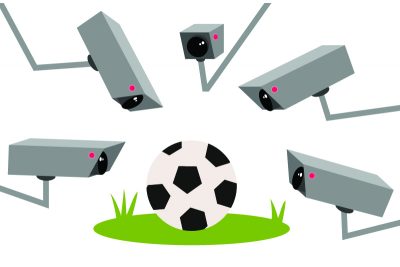 VAR, which stands for Video Assistant Referee, is set to be used in Premier League next season after the clubs agreed in principle to its introduction. VAR will also be used for all the games in the Champions League from next season onwards. But should we be happy about this technological innovation being introduced to the Premier League? Not everyone is convinced.

Earlier this year, Tottenham manager Mauricio Pochettino has gone on record saying: “Nobody is happy with VAR and [the] Premier League should delay its introduction”. The Argentine football manager and former player continued by claiming that “if we don’t know how it will work it is better to stop for one year or more”.

VAR has its proponents too, of course. In an interview, former Man City defender Joleon Lescott has admitted to be a fan of Video Assistant Referee. In his opinion, the Premier League needs VAR to be introduced so that we can see some clarity on certain issues. He believes we have seen that VAR will get more decisions right than it will get wrong and there will still be an element of subjectivity that will keep fans interested.

VAR has been introduced in the most European football leagues such as: Spain, Italy, Germany and France which makes England the only major football league where this has not been done yet. The Bundesliga and Serie A introduced VAR in the 2017/18 season with La Liga following suit this season.

Clearly, using a Video Assistant Referee is something new for football but not so much for other types of sports. To date, 18 high profile sports have introduced VAR technology, with Ice Hockey, American Football and the Rugby League being early adopters, already introducing this in the 1990s.

Having a look at the football leagues which already introduced VAR, what are the conclusions?

What is it good for?

What is it bad for?

As with most technological innovations, the VAR has its good and bad aspects. Comparable to other sports, the introduction of video technology in football has had several intended and unintended consequences. The issue is certainly very polarising and VAR has huge proponents but also big detractors. For some, the VAR is the best thing that ever happened for football, though others believe the beauty of the sport has been killed. Both sides of the aisle have good points, but there is one thing we can be certain about: VAR in football is here to stay.