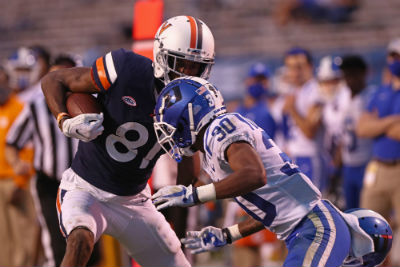 The 6’7” Davis is ranked sixth nationally and first in the ACC in yards per reception (23.33). Five of his nine receptions this season have gone for 20+ yards and three have gone for 30+ yards.

He was named ACC receiver and rookie of the week for his efforts.

For the season, Davis has nine catches on 21 targets with two drops, gaining 210 yards and scoring three touchdowns.