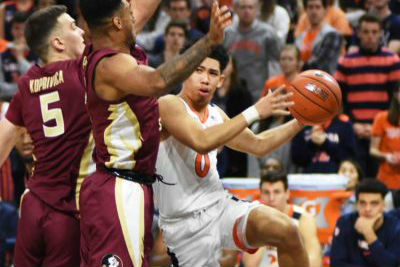 It’s not been that long since UVA fans were questioning Tony Bennett over the minutes he was giving Kihei Clark.

Now Clark is back among the 20 players on the watch list for the 2021 Bob Cousy Point Guard of the Year Award.

The Naismith Memorial Basketball Hall of Fame announced the list on Monday.

The 5’9” junior earned All-ACC third-team honors last season after finishing first in the league in minutes (37.1), second in free throw percentage (87.6), third in assists (5.9) and ninth in assist-to-turnover ratio (1.7).