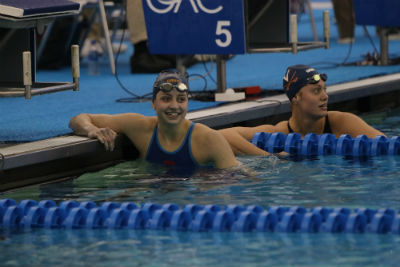 Her time is currently ranked as the sixth fastest in the world for the 2020-2021 season and is third-fastest time this season by an American.

Incoming Cavalier Gretchen Walsh was also recognized by the organization for bettering her time in the 50-meter freestyle. Already a member of the national team in the event, Walsh swam a time of 24.65 at the Toyota U.S. Open to capture the United States’ fourth-fastest time for the 2020-21 season.

She is the 11th-fastest 50-meter freestyle swimmer in U.S. history.