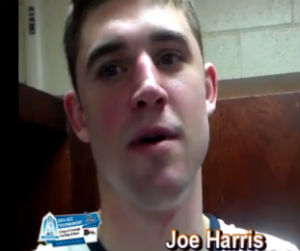 Harris led Virginia to a 30-7 record, ACC regular season and tournament championships and a No. 1 seed in the NCAA Tournament this season by averaging 12 points per game and hitting 40 percent (72-of-180) from 3-point range.

A limited number of tickets for the State Farm College Slam Dunk & 3-Point Championships are available by calling Ticketmaster at (800) 745-3000. Reserved seats are available for $29 and general admission tickets are $15. For more information, please visit www.collegeslam/tickets.