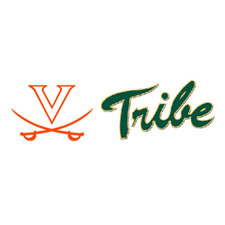 “I kind of joked – I said, We’re probably going to have to put some newspapers on the floor for our young pups out there. I think there were some nerves involved,” said Bennett, whose Virginia basketball team overcame a sluggish first half to dominate in the second 20 minutes en route to a convincing 76-52 win over in-state rival William and Mary in the season opener for both teams Friday night at the John Paul Jones Arena.

Billy Baron electrified the home fans with 19-point effort in his debut that featured a lights-out 5-of-6 shooting performance from three-point range. Baron hit all three of his long-range attempts in the second half during a 13-point outburst that fueled a decisive 18-3 UVa. run that broke open what had been a tight game.

Read the rest of this story – and listen to UVa. coach Tony Bennett’s postgame press conference – at VaSportsOnline.com.