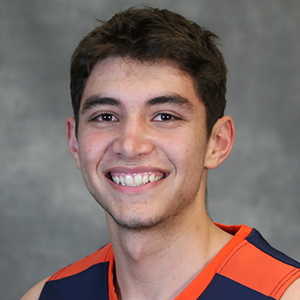 Jerome received his first ACC weekly honor of the 2017-18 season, while Bagley was recognized as ACC Rookie of the Week for the fourth time.

ACC basketball weekly honors are determined by a vote of a 15-member media panel.

Jerome scored a career-high 31 points to lead No. 8 Virginia to a 59-58 win over Boston College on Saturday. Jerome shot 11-of-17 from the floor, including 6-of-9 from 3-point range, and converted all three of his free throw attempts.

Bagley’s 21 rebounds were the second-most by any Blue Devil at Cameron Indoor Stadium in 38 years under head coach Mike Krzyzewski (22 by Miles Plumlee versus Maryland in 2012) and tied for 12th-most in a game in school history. Bagley currently ranks as the ACC’s leading scorer (21.9 ppg) and rebounder (11.6 rpg). He is second in the NCAA in doubles-doubles (11) and is the nation’s second-leading freshman scorer and rebounder.

Bagley’s performance was the first 30/20 game by any Duke player under Krzyzewski and just the fourth 30/15 game under Coach K. Bagley has three of those (34/15 versus Texas; 30/15 versus Florida prior to Saturday), along with Christian Laettner (33/16 versus Maryland in 1992). Bagley’s performance against FSU on Saturday stands as the seventh 30/20 game in school history and the first in 48 years.