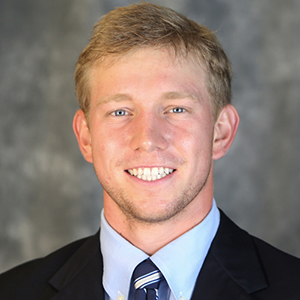 It marks the eighth-consecutive season a UVA golfer has earned All-America honors.

The ACC individual champion, an All-ACC selection and PING All-East Region pick, Stanger led UVA as a senior with a 70.82 stroke average that ranked as the third best in the ACC. He finished the season ranked No. 15 by Golfstat and No. 22 by Golfweek.

Stanger finished tied for 11th at the NCAA Championships, helping UVA to a 10th-place showing, the best in the program’s history. He shot a school record 10-under 62 in the first round at John Burns Intercollegiate (Hawaii) in February, which tied as fourth lowest round this season. He led the team with six top-10 finishes, including a win at the Golf Club of Georgia Collegiate.

Stanger was named to the 2017 Palmer Cup team, was one of five finalists for the 2017 Byron Nelson Award and named a named a semifinalist for the Jack Nicklaus Award and picked for the watch list for the Ben Hogan Award.