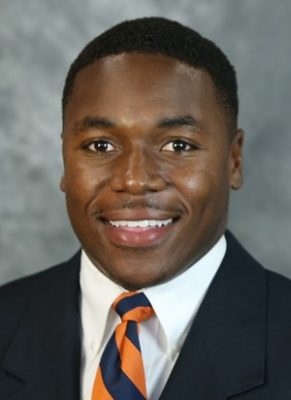 UVA wide receiver Joe Reed has been named the ACC Specialist of the Week for games played through Sept. 8.

Reed (Sr., Charlotte Court House, Va.) had a 100-yard kickoff return for a touchdown in the second quarter of UVA’s 52-17 wins vs. William & Mary. That is the longest return in the ACC this season and he became the first (and only) conference player to run a kickoff back for a score this season. Reed also led UVA’s offense with four receptions for 58 yards, including a 40-yard TD catch to open the team’s scoring.

With two kick returns for a TD in 2017 and one in 2018, Reed is the only UVA player to return a kick for a touchdown in three separate seasons.