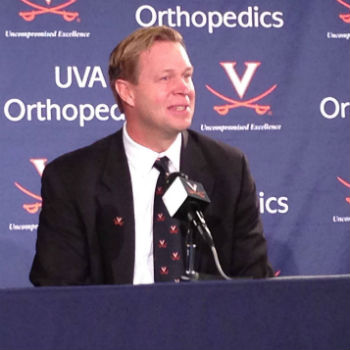 McNeill has coached the defensive line at previous coaching stops at East Carolina and Texas Tech. He has 25 years experience as an assistant coach in addition to his six-year stint as head coach at East Carolina.

“As we prepare to start spring practice next week, these are moves that will benefit our defense,” Mendenhall said. “It allows both coaches to teach and coach in a manner best suited for our current makeup and needs.”

“Coach Ruff is a fantastic coach, one of the best in the nation,” Mendenhall said. “He brings tremendous knowledge and enthusiasm to work every day. I expect Coach Ruff to bring out the best in a group that will be the tip of the spear for our defense. That unit is going to feed off of his unlimited energy, passion and vast coaching experience.

“I have never met anyone with Coach Ruff’s relationship skills. He’s simply amazing. His personality, coupled with his coaching background, is terrifically attractive to any player who wants to maximize their football skills and their character.”

Hunter is in his fourth year as an assistant coach after spending the past three years on Mendenhall’s BYU staff as a defensive graduate assistant. He was a defensive line coach at Snow College in 2011 and 2012. Hunter played linebacker for Mendenhall from 2008 to 2010.

“Shane knows our defense inside and out,” Mendenhall said. “Coach Hunter has played or coached in our system for six years. His familiarity with it will enable our players to master our style quickly and advance their abilities to play faster, better and longer. He has an impassioned drive for what we are doing and will be an awesome mentor for his position players. He has a very good technical knowledge and is truly a rising star in our profession.”