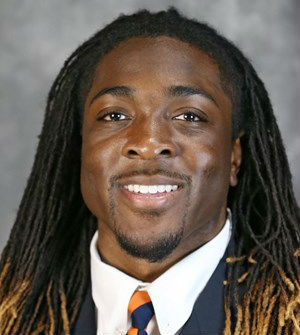 The Maxwell Award, named in honor of Robert W. “Tiny” Maxwell, has been given to America’s College Player of the Year since 1937. Maxwell’s contributions to the game of football were extensive, including time as a player, a sportswriter and an official.

Semifinalists for the Maxwell Award will be announced Oct. 29, 2019, while the three finalists will be unveiled Nov. 25, 2019. The winner of the 2019 Maxwell Award will be announced as part of the Home Depot College Football Awards Show held on Dec. 12, 2019. The formal presentations of these awards will be made at the Maxwell Football Club Awards Gala hosted by Tropicana Hotel & Casino Atlantic City on March 13, 2020.

Perkins is one of eight players from the ACC to be named to the watch list.

The Maxwell Award is a member of the National College Football Awards Association (NCFAA), which encompasses the most prestigious awards in college football. Visit www.NCFAA.org to learn more.