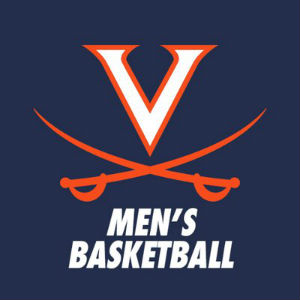 I’m talking UVA Basketball in the context of pro ‘rasslin, which means, it’s April, we’re in the Final Four, and I’m about to go on a rant.

Ahem. Just indulge me on this one.

Some of y’all know that I worked off and on for several years in the ‘rasslin business. Hired by a California company to design a website, eventually wrote the script for a one-off live television pay-per-view.

Somebody asks you, You want to write our wrestling pay-per-view, you don’t get to say no to that question more than once in life.

One thing you learn in that business is, the worst thing that can happen is you have a guy out there, and all you hear is radio silence.

Boo, cheer, whatever, you want noise.

OK, so it’s people who don’t like what they think is boring basketball.

It worked out kinda nice that the opponent in the Final Four on Saturday night is Auburn, a team that runs the ball up and down the court, shoots the ball every three or four seconds, runs no semblance of organized offense.

I’m exaggerating there. There is a semblance of organized offense. I coached YMCA ball for a few years. Bruce Pearl can run a pick-and-roll as well as anybody I coached against at the Y.

You’re reading this column, odds are, you’ve a UVA Basketball fan, and over the past 10 years, you’ve learned to applaud a shot-clock violation, can diagram a hard-hedge, extol the virtues of the pindown screen, talk at length about tempo-adjusted offensive efficiency.

You’re weird. I’m weird. We’re wired differently than just about everybody else.

The rest of college basketball wants to see NBA Jam play out real-time.

They think the higher the score, the better the game, which, fine.

Fast-break dunks are sexy, like the homer in baseball.

(Chicks dig the long ball, and the throwdown.)

Not all that sexy: the pocket pass from a guard to a big for a layup on the back end of a screen.

I bring up Kurt Angle knowing that only the UVA Basketball fans who are also old-school ‘rasslin fans will get this, but, so be it.

Angle was the 1996 Olympic wrestling gold medalist who competed and won that year with a broken freakin’ neck.

Great story. Which, of course, in pro ‘rasslin, had to be mocked.

Angle wasn’t getting over with fans initially, because he was too … boring.

So, to get fans to care about Angle, Vince McMahon had Angle complain on the microphone about how it wasn’t his fault that he was as technically proficient as he was.

He played up what he called the Three I’s – intensity, integrity and intelligence.

Fans responded by chanting You suck! at him as his entrance music played.

Vince McMahon got Kurt Angle over with fans not by having him do anything bad; Angle got over by playing up how good he was, and thumbing it in the faces of the fans who dutifully booed his every German suplex, fireman’s carry, Olympic slam and MMA-style submission hold.

Hatred is better than indifference.

Bring the noise, basically. It shows they care.