UVA Basketball fans: Relax, it will be OK, and in the meantime, I have a new hat 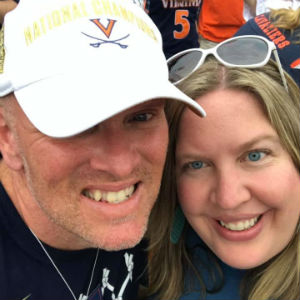 Another time I was wearing my UVA Basketball national championship hat. Happy times, then and now!

Literally a text that I received tonight, while grilling, wearing my UVA Basketball national championship hat.

What the heck? Are Tony and Williford declaring too?

This is what happens when you’re a fan of a program that wins national championships.

And actually, since we’re on that topic, look at some of those other programs that win national championships right now.

Duke, for instance. The only kid of significance they have coming back is Tre Jones, and he’s only coming back because he … sucks.

Tony is about to reload, and he still has, even if Kyle Guy and Mamadi Diakite, the latest two to declare for the NBA Draft, don’t come back, as I expect is at least a 50/50 possibility … four-star returnees Braxton Key, Jay Huff and Francisco Caffaro, and a pair of four-star incoming freshmen, Kadin Shedrick and Casey Morsell, along with Justin McKoy, a three-star who had offers from UNC and N.C. State, among others.

You’ll have a rotation, again, assuming Guy and Diakite aren’t in the mix, of Kihei Clark, who started 20 games in 2018-2019; Key, who averaged 19.8 minutes per game this past season; Huff, who would finally have everybody out of his way in the post; Caffaro, who redshirted this past year, and came to UVA after a successful FIBA U-18 Americas Championship Tournament that saw him named to the all-tournament team alongside UNC point guard Coby White (who declared this week for the 2019 NBA Draft); and who emerges from Shedrick, Morsell, McKoy, and returnees Cody Stattman, Francisco Badocchi and Marco Anthony.

Bennett likes to go with an eight-man rotation, and any way you do the math on this, and again, I have to stress this, this is assuming that Guy and Diakite are both gone, and if you don’t get me by this stage, I don’t assume that right now, but if they are both gone, your nine-man rotation would average 3.5 stars, according to Rivals.

Which is, yes, better, but, then, there’s a reason that I’m wearing a UVA Basketball national championship hat as I write this.

Also keep in mind: there is a thought out there that McKoy and Shedrick could each move up a star before the spring is done. That happens, and you’re right in line talent-wise with this year’s grouping.

The obvious difference being: this year’s rotation had so much back from a year ago, and so much experience in the backcourt, with Jerome and Guy anchoring the team.

It will take some time for Morsell and Clark to click – or for Morsell, Clark and Guy to click.

Huff will have to grow into a role that requires more out of him, both minutes- and production-wise.

The team without Guy and Diakite would not be a threat to repeat in 2019-2020, but in 2020-2021, watch out, and I’m saying that not even accounting for the impact on recruiting that the 2019 national title will have in luring interested five-star recruits like Walker Kessler and Johnny Juzang.

And, I don’t even hesitate to repeat this, but, as I’m writing this column, I’m wearing my UVA Basketball national-championship hat.

Which I haven’t even sweated in yet.

Fans of Duke, UNC, Kentucky, they’re mourning the loss of their rosters, and they don’t even have new hats that still haven’t been sweated in yet.

There are worse things, is what I’m saying.