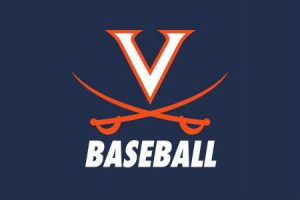 Virginia starter Chesdin Harrington was touched up for seven hits in three innings, and the ‘Hoos staff couldn’t get outs in the middle innings in a 7-2 loss to Oklahoma in the opener of a Saturday doubleheader.

Harrington (0-1, 6.00 ERA) was able to limit the Sooners to two runs, but he was lifted in the fourth in favor of freshman reliever Matt Wyatt, who gave up four runs on five hits in an inning and two-thirds.

The Cavaliers were able to get a pair of runs back in the bottom of the fifth, on a Nic Kent RBI single and a bases-loaded walk to Brendan Rivoli, but OU reliever Zack Matthews (1-0, 0.00 ERA) struck out Alex Tappen to leave the bases juiced and end the threat.

Virginia was able to get two on with one out in the seventh, but Zack Gelof hit into an inning-ending double play, and Max Cotier struck out with two on and two out in the ninth to end it.

Kent was 3-for-4 at the plate, and Cotier had two hits for the ‘Hoos.

Sophomore reliever Zach Messinger struck out six of the eight batters that he faced in two and a third innings of late relief.