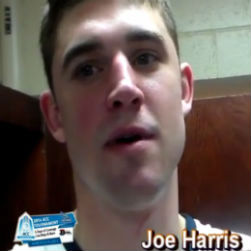 The Brooklyn Nets were a surprise NBA playoff participant in 2019. The Nets, and UVA alum Joe Harris, a starting guard, are now an NBA Superteam.

Brooklyn is adding the most prized free agent of the summer 2019 class, Kevin Durant, along with point guard Kyrie Irving and center DeAndre Jordan.

Durant will likely miss the entirety of the upcoming 2019-2020 season after surgery to repair a ruptured Achilles suffered in the 2019 NBA Finals.

Terms of the deal to land Jordan in Brooklyn were not disclosed.