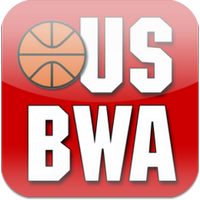 Led by a trio of freshman, five standout players have been named to the U.S. Basketball Writers Association’s 2017-18 All-America First Team. The Wayman Tisdale Award winner as the National Freshman Player of the Year, Oklahoma’s Trae Young, is joined by fellow first-year phenoms Deandre Ayton of Arizona and Duke’s Marvin Bagley III. A pair of guards who have each led their respective teams to No. 1 seeds in the NCAA Tournament round out the first team – Jalen Brunson of Villanova, the USBWA’s District II Player of the Year, and Devonté Graham of Kansas, the District IV Player of the Year.

Graham, the Big 12 Player of the Year, led Kansas to its 14th straight Big 12 Conference regular-season championship and the Big 12 Tournament title. He leads the team with 17.3 points and 7.5 assists per game. Brunson, the Big East Player of the Year, led the defending national champions to a regular-season conference title and a No. 1 ranking for much of the season with 19.4 points per game.

Ayton boosted surging Arizona to both Pac-12 Conference titles and earned the league’s player of the year honor. He is averaging 20.3 points and 11.5 rebounds per game. Bagley, despite missing four games due to injury, earned ACC Player of the Year honors for his 21.1 points and 11.5 rebounds per game. Young is on pace to become the first player in college basketball history to lead the nation in scoring (27.4 ppg) and assists (8.8 apg).

All three awards will be formally presented at the College Basketball Awards dinner April 9 at the Missouri Athletic Club in St. Louis, which has partnered with the USBWA on the event. In addition, former Missouri and Hall of Fame coach Norm Stewart and retired referee Ed Hightower each will receive lifetime achievement awards. Reservations to the dinner are now available to MAC members by calling 314-539-4470 and are open to the public through collegebasketballawards.eventbrite.com.

Bates-Diop and Bridges join a long line of Ohio State (19) and Michigan State (10) All-Americans, while Bluiett, Evans and Landale are all just the second player from their respective schools to be named a USBWA All-American. David West (Xavier, 2002 and ’03), Andre Emmett (Texas Tech, 2004) and Tom Meschery (Saint Mary’s, 1961)