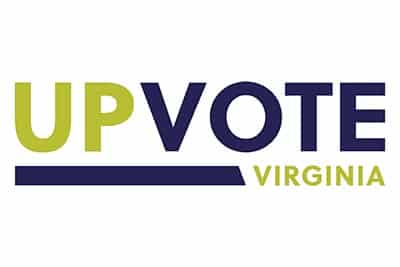 UpVote Virginia is dedicated to ensuring that Virginia leads the way in improving the structure of our electoral system to better reflect the will of voters, thus providing for a more representative, inclusive, open, and transparent government, according to a news release.

The organization aims to build on Virginia’s recent momentum on voting rights by elevating the voices of all Virginia voters through nonpartisan education, advocacy, and grassroots engagement.

“In Virginia, voters are standing up and affecting change by focusing on foundational, nonpartisan solutions that can improve our democracy,” said White. “Now it’s time to build on this momentum and set the stage for years to come.”

In the organization’s previous iteration as OneVirginia2021, thousands of grassroots volunteers successfully campaigned to end single-party control of redistricting.

“With the launch of UpVote Virginia, we hope to start a new conversation about democracy reform in Virginia. Not only do we have a new name, but we have new leadership, and a new slate of issues that aim to modernize our electoral system while also making our government more transparent and accessible,” said White.

The virtual launch event featured a panel discussion with two national experts on democracy reform: Danielle Allen of Harvard University’s Safra Center for Ethics and Kathay Feng of Common Cause.

In the coming weeks, White will be traveling around Virginia to hold grassroots volunteer recruitment events.

Additional information about UpVote Virginia’s launch, platform, leadership changes, and how to get involved can be found at UpVoteVA.org.