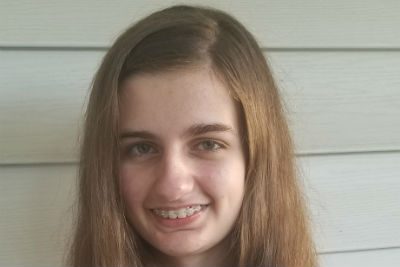 Schwaner is a rising sophomore at Stuart Hall and one of six winners in the 2019 Musical Theater Songwriting Challenge, a national contest for high school students who have a passion for writing songs that could be part of a musical. The Songwriting Challenge is an initiative of the National Endowment for the Arts in partnership with the American Theatre Wing.

The coaching team includes performer, composer/lyricist, and playwright Max Vernon and music director Benjamin Rauhala. Together, they will hone Schwaner’s winning song “At Sea” into a Broadway-ready composition.

Local chef and accomplished opera singer Camille Dierksheide will join the team to sing the song in the final rehearsal. The song is about a female commander/warrior who leads an army of men into a naval battle during the historic Persian war.

Schwaner participated in the Heifetz International Music Institute, played with the Waynesboro Symphony, and, this summer with funding from a successful GoFundMe campaign, was able to attend the Boston Conservatory at Berklee High School Composition Intensive.