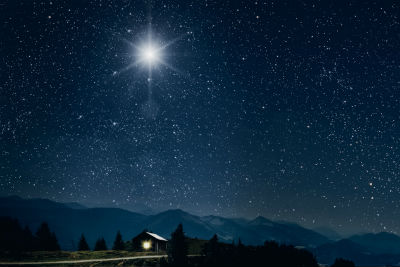 Star gazers should mark their calendars for the winter solstice on Dec. 21 to observe the rare alignment of Saturn and Jupiter in the southwest sky.

Virginia Tech astronomer Nahum Arav says “this rare event is special because of how bright the planets will be and how close they get to each other in the sky.”

Known informally as the “Great Conjunction,” the planets of Saturn and Jupiter will line up in a manner that makes for some amazingly bright star gazing.

The last time these two were close enough to create the double planet effect was the year of 1226. It also happened again in 1623, but wasn’t visible from earth.

“The two planets can easily be seen with the naked eye. They will be very close to each other, about a fifth of the moon’s diameter. At their closest, some people will need a binocular to separate them,” said Arav, a professor of physics in the College of Science at Virginia Tech, whose work focuses on the influence of super massive black holes on structure formation in the universe and kinetic energy sources to assess its influence on galactic and intergalactic environments.

This astronomical event is also called by some the “Christmas Star” because of the biblical account of the Star of Bethlehem, and the timing – so close to Dec. 25.

Even though it’s been hundreds of years since the last time these two lined up like this, we won’t have to wait nearly as long for the next conjunction – now on the books for March 15, 2080.