Unity: A commitment we need towards racial equity 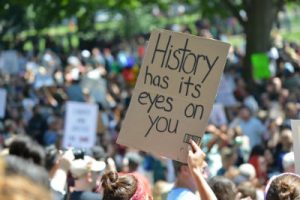 Humankind is categorized according to shared distinguishing physical traits. This classification we call “race” is defined mainly by physical appearances such as the color of skin, height, and other features. These characteristics are also associated with the topographical origin of inhabitants. Thus, the designations such as the Asian race, the African race, and the European race were made. The term “race” is also linked with the language, religion, and ethnic background of a particular group.

“Race” is a social construct that is being utilized to promote biases and create inaccurate stereotypes to particular groups of people in society. This notion eventually results in multiple injustices and disparities. It also affects the quality of life, particularly in the socio-economic aspect. Moreover, social stratification became evident as people of white skin color are endowed with privilege over people of darker skin color. For instance, certain workplaces prefer hiring employees who are Caucasian. This circumstance denies the fair chance that should be given to all eligible applicants regardless of race.

Racial discrimination also results in physical and mental violence by some people with racial pride. This unpleasant behavior is exhibited by people who have misplaced principles on the meaning of justice.

This inequity is continuously fought by the oppressed, the excluded, and the underprivileged groups. At present, this is an alarming global issue that needs to be addressed.

Racial equity is a process of attaining equilibrium and impartiality in a system. It is achieved by eliminating prejudices related to racial background.

Instead of people trying to fit into the system, we aim to commit ourselves to make the system allow everyone to fit in. A collective effort of recognizing the inequities is an initial step in understanding the racial gap. The idea of equity in this context encompasses the formulation of policies and regulations which do not favor any of the races. Fair and just decisions should be made. This can be done by getting rid of racial pride and subjectivity in the process. While everyone abides by the same rules, each shall be treated the same way without any bias. As a result, the system’s balance and order will be restored.

To embrace and respect each other’s differences is the simplest approach in minimizing the racial gap. We should be striving to reach a common perspective, no matter how vast our differences may seem. It is imperative to abolish the concept of a race’s distinctive characteristic being equated to mediocrity. In addition to this, racial differences should be regarded as a strong suit and should be valued by the entire population.

The ultimate experience of humanity is gaining harmonious relationships with people worldwide. It is through acknowledging the reality that we all belong in a single race, humankind. We ought to be reminded that this is exactly what we need to realize racial equity. When everyone is focused on working as one, things will be easier. Everyone will be free from prejudices – everyone will be able to contribute to the advancement of society.