Understanding the legality of online casinos in Virginia

Virginia online gambling laws are confusing, while online gambling is going through changes in West Virginia. This year, the bill that led to the legalization of online gambling in West Virginia was passed and became law. The bill, known as H 2934 became one of those bills that passed without a problem thanks to the failure of Governor Jim Justice to act. There was much debate over which way he would jump on this bill, but the end result of not promoting or fighting it resulted in an unequivocal passing of the law. While West Virginia has clarified the legal status of online casino gambling, Virginia remains trapped in that murky legal grey area. 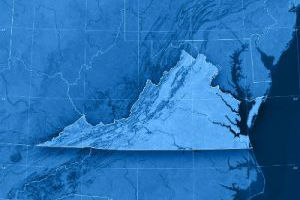 There are no real surprises in the new West Virginia online gambling bills. Just as with other states that have legalized online gambling, West Virginia residents and visitors can now gamble online from the age of 21. It’s a little different in Virginia. There is only one law in place in Virginia that relates to online gambling, and that one is a simple age requirement. That means that if you follow the all-encompassing gambling laws, then you can gamble online without breaking the law. If you can find a game in a real-world casino, you can play it online in Virginia. That aligns the state with some of the biggest online casino markets in the world. This is the same access that the UK’s best online casinos, found on BestCasino.co.uk, benefit from.

Online gambling revenue is a major reason why states across America are passing online gambling bills. West Virginia is set to establish a 15% tax on gambling revenue. This is lower than states like Pennsylvania, which has a 36% tax on sports betting and an incredibly high 54% tax on online slot revenue. This is leading to increasing calls for a firmer establishment of legislation. As states like West Virginia start to reap the rewards of their own online gambling legislation, Virginia is falling behind.

One factor that is a little less clear is how gambling laws will work in the future alongside the controversial Wire Act. The Wire Act may prove to be a barrier to gambling legislation in Virginia. It also throws sports betting into confusion across the country, although more will be known once the DoJ makes their intent clear regarding the lines of the Wire Act. Resolution may come sooner than many thinks, with states like New Hampshire filing lawsuits in order to prompt the DoJ into action and some firmer decision making. 25 states have now called for clarification on the Wire Act, so this could be resolved sooner rather than later.

Virginia is aligned with many US states when it comes to the murky nature of online gambling legalities. The problem for Virginia is that there are few options for real-world gambling destinations in-state. That means that there is a growing demand for online clarification. With worldwide profits continuing to rise, states that are failing to update their online gambling laws are going to lose out to those that are embracing the future.