Under fire: A rough final year for Landes, NewBiz board 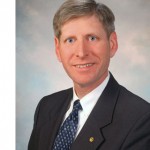 A lot went wrong with NewBiz Virginia, perhaps, as some of its former leaders have suggested, dating to the very start of the effort to try to get the publicly-funded business incubator off the ground, given the difficulty in getting such enterprises up and running toward success in the long term.

Documents made available to The New Dominion Magazine indicate another factor in the demise of NewBiz being the decision to hire Steve Landes to serve as executive director in December 2000.

“The fact of the matter is that I don’t feel the board has given me any credit for doing anything right over the 5 years that I’ve been here,” Landes noted in a telling Aug, 4, 2005, e-mail shared with The New Dominion by an anonymous source, the existence of which I later confirmed in a review of NewBiz Virginia records in storage at the Augusta County Government Center in Verona.

The discord between Landes and members of the board of directors of NewBiz Virginia, a joint venture of the local governments of Augusta County, Staunton and Waynesboro, appears to have had something to do with the competing demands for Landes’ time. Landes was hired and served out his tenure as executive director while serving in the Virginia House of Delegates.

An Aug. 4, 2005, memo from the board president in 2005, George Drummond, explained a key criticism of board members, that while Landes put in 30 hours a week running NewBiz Virginia, “it’s hard to determine what activities are taking most of your time.” A “consistent concern” had to do with the perception that “not much seems to happen, and often that which is reported appears to be completed by the office manager,” Drummond wrote in the memo.

Other concerns expressed included “the perception that your lack of a strong business background may create a bit of a credibility gap for some potential tenants.” “There is also the perception that you do not seem to have a sense of urgency as it relates to bringing in new tenants or finding supplemental funding sources,” Drummond wrote in the Aug. 4, 2005, memo.

That matter was already coming to a head for NewBiz, which by the summer of 2005 was clearly in need of an infusion of serious cash with the decision of the City of Waynesboro to pull its funding from the incubator in favor of supporting two Waynesboro-based private business incubators.

In September, according to board-meeting minutes, the board of NewBiz held a strategic planning meeting to discuss its funding dilemma that went over details of a potential partnership with the Greater Augusta Regional Chamber of Commerce that also included discussion of the launch of a $60,000 capital campaign to provide cash to keep the incubator running.

A Dec. 22, 2005, memo to Landes explained that if the capital campaign fell short of its $60,000 goal the board would not be able to continue funding the executive-director position beyond Feb. 28, 2006. On Feb. 13, 2006, Landes submitted a letter of resignation effective Feb. 28, 2006. The board of directors was already well into the process of shutting down operations at the incubator by that point in time.