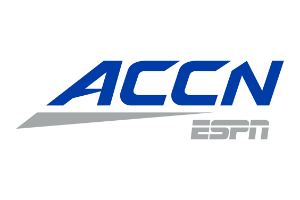 A horrendous season for North Carolina got even worse Saturday evening as the Tar Heels surrendered a 13-point lead over Duke with just over four minutes left in regulation in what turned into a gut-wrenching, buzzer-beating 98-96 overtime loss in Chapel Hill.

Initially, there’s no other way to look at the game. Carolina, its season more than on-the-ropes, comes away as the big loser on the night. UNC has been nothing short of terrible all season. Earlier in the campaign head coach Roy Williams went as far as to say that this may be his “least talented team.”

On Tobacco Road Saturday night, the 101st meeting between Duke and UNC gave the Heels, heading nowhere this season, a hope, a shot at somehow, some way, finding a way to turn their season around with a win against their most bitter rival.

The Tar Heels, playing with mostly a makeshift roster, due to injuries, found a way to lead most of the entire contest, despite itself. North Carolina was atrocious  at the foul line, threw up a slew of ill-advised shots, and at times had Williams searching the bench for at least one healthy body to throw into the fray.

Yet somehow, UNC had several chances at winning, that would have at least on this one night given them hope and made the Tar Heel faithful happy again.

So there’s no doubting that Carolina walks away from has to seem like a bad dream as the ultimate loser.

But give the Tar Heels and Blue Devils all the credit for perhaps turning around what for the most part has been a boring Atlantic Coast Conference basketball season.

This installment of UNC-Duke, considered by many as the greatest rivalry in all sports (sorry Yankees-Red Sox), had no reason to be compelling. It appeared as though it was simply going to be a clear display, on national television, a punctuation mark on the suddenly mediocre state of ACC basketball.

But it didn’t happen that way.

Instead the game went down as possibly one of the most memorable matchups in the historic rivalry, and we should have never doubted wouldn’t deliver.

Both teams wore throwback jerseys, commemorating the 100-year anniversary of the series, and at times the game looked better suited for peach baskets on either end of the floor. The teams will meet again, in early March, about 10 miles down Tobacco Road in Durham, but it will be hard to top the frenzy that filled the Dean Dome Saturday night.

In a series that has been nothing short of spectacular, full of bizarre finishes, and volumes of buzzer-beating conclusions, Saturday’s rumble provided the nation a reminder of just how good ACC basketball is and always will be, even in a transition season for the marquee basketball league in America.

For Carolina, reserve forward Walker Miller, who has played a mere 29 minutes the entire season, found himself in the center of attention on the floor for UNC in overtime as the lead changed hands multiple times.  Miller’s free throw with just over two minutes left in OT gave the Heels a 92-91 lead.

For a couple of fleeting minutes, Miller’s heroic’s had the makings of a Hollywood-type ending. But in the end it brought nothing but more misery for Tar Heel Nation, and added yet another thrilling chapter to this iconic basketball series.

The ACC and its supporters end the night as the unanimous winner. On the national stage when arguably its top two performers were entering the contest a bit battle-worn, somewhat wobbling they, like the stars they are, found a way to deliver. They not only rose to the occasion, they excelled, they thrilled us, and they delivered the wow factor. After all it was UNC-Duke.

Who expected anything less?