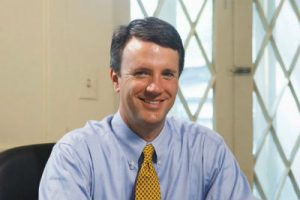 Sixth District Congressman Ben Cline has received the endorsement of the U.S. Chamber of Commerce in his bid for re-election.

Cline, a Republican, is being challenged by Democratic nominee Nicholas Betts, a law clerk who lives in Lexington.

“People come from all over the world to participate in the American economy because they know that here, they will have the freedom to achieve the American Dream,” said Cline, a freshman in Congress who previously served in the Virginia House of Delegates from 2002-2018.

“We know that the entrepreneurial and innovative spirit Americans possess must be allowed to flourish unrestricted by burdensome mandates and bureaucratic red tape. This has led to the unmatched opportunity and prosperity which I fight to preserve every day,” Cline said.