Tyler Hoffman stays on as GM of Waynesboro Generals 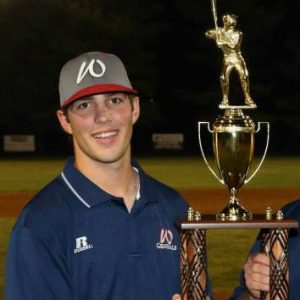 Tyler Hoffman will stay on as the general manager of the Waynesboro Generals. The GM of the team since 2014, Hoffman, a graduate of Fort Defiance High School and Bridgewater College, oversaw the 2014 Valley League champions, 2015 league runner-up and a 2016 Southern Division championship run.

“The relationships and friendships I’ve made over the past three seasons make all the long hours and summers worthwhile,” Hoffman said. “Bringing top-notch baseball players to Waynesboro and helping them become leaders on their teams and in our community makes this position very fulfilling.”