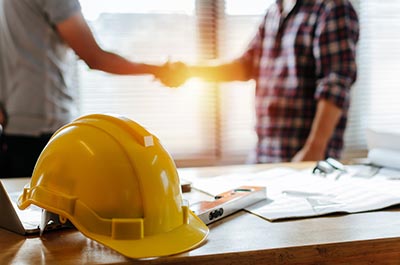 For companies endeavoring to undertake a new commercial venture, obtaining the necessary capital to do so can take a variety of forms. Some are financed privately through personal savings or the patronage of wealthy investors while others rely on hefty business loans and lines of credit from banks. Additionally, some will offer up their enterprise to the public through stock offerings and bond issuances to raise operating capital. In the commodities sector, however, there are special mechanisms known as prepayment structures that have historically been quite effective in generating seed money, rendering the need for commodity producers to pursue other paths to raising capital.

What is a commodity prepayment structure?

“At their essence, commodity prepayment structures are legally-binding agreements between traders, banks, and commodity producing firms that clearly detail and formalize the repayment of a loan through shipments of a given commodity” claims Musayev. As an illustration, imagine a mining firm in a developing nation locates a rich vein of nickel and wishes to establish a new mine to extract it. However, to begin the construction of the mine, the firm needs to secure funding. This can prove difficult in so-called ‘have-not’ or ‘will-have’ nations for a myriad of reasons, not the least of which is dependence on an unstable, local  currency. Under such circumstances, the firm might turn to a commodities trader in the hopes of negotiating a commodity prepayment scheme.

A typical prepayment scheme might consist of the trader, in conjunction with one or more highly-rated international banks, arranging for a substantial loan to the mining firm in exchange for regularly scheduled deliveries of a certain amount of nickel over a certain time period, equal to an amount worth more than the capital loan. The terms of these prepayment structures are uniquely tailored to fit each situation, with the value of the commodity in question usually pegged to standard market prices at the outset of each new month. Arrangements like this allow mines to be built (or oil fields to be developed, or large farms to be constructed) in order to bring commodities to market and generate new wealth, all the while mitigating the risks to those that fund them.

Why did they fall out of favor?

In the early 2000s, the global investing public became much more comfortable with the risks associated in funding commodities development in ‘have-not’ or ‘will-have’ nations. Some factors contributing to this short-lived trend included the successful invasion of Iraq by the United States and Great Britain in 2003 and perceived inevitability of Anglo-American hegemony in the Middle East, as well as the perceived stability brought to south-east Asia and sub-Saharan Africa by the emergence of China as a new international powerhouse in resource extraction. For about ten years, public investment flowed into the developing world. It seemed that prepayment schemes were no longer the essential financial mechanism they once were.

Then came the Great Recession of 2007-2009. Although its disastrous economic effects were not immediately felt in the commodities sector (gold, silver, fossil fuels, and food items at that time being viewed as among the safest of investments), the regulatory blitz on financial institutions and capital markets embarked on by national governments in the years that followed soon changed that. Many new laws were made to discourage banks and investment entities from engaging in financial adventurism. Very quickly, reduction in risk exposure became the order of the day, and volatility in pricing, like that associated with most commodities produced in the developing world, became a thing to be expressly avoided.

“By the mid-2010s, companies dealing in commodity production in such places found it difficult to raise capital for new ventures through public markets, once again” states Turab Musayav. “Additionally, with the environmental movement gaining much more extensive grassroots support over the same approximate time period—a trend that continues to this day and shows no sign of abating—the general investing public has since become even more wary of putting their money into strip mines, oil patches, and industrial-scale farms, especially ones located in developing nations.”

To summarize, in recent years, banks and other financial institutions have been responding to Great Recession-era legislation by restricting the lending of credit to commodity producers in the developing world. Public equity and debt mechanisms have become increasingly inaccessible to them, too, for a host of reasons that include a widespread public perception of ecologically-unfriendly practices. As a consequence, the prepayment schemes that proved so popular in the second half of the twentieth century have re-emerged as viable mechanisms for commodity producers in ‘have-not’ or ‘will-have’ nations to raise much-needed operating funds. So, are commodity prepayment structures making a comeback? Yes, they most certainly are, and that comeback is likely to continue for the foreseeable future. As long as markets still demand commodities like copper, aluminum, crude oil, and natural gas, mechanisms for financing their extraction — no matter the location — will always be found.