Trump to brown soldiers: Your kids might not be citizens 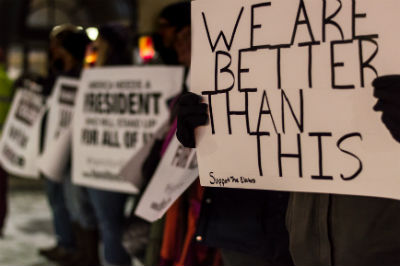 The Trump Administration is changing the way birthright citizenship is determined for children of service members and federal workers who are born and reside outside of the United States.

The effect of this is to make it so that children of military members or government employees born abroad who have not spent the required amount of time – usually five years – will not automatically be considered U.S. citizens, and will need to have a parent apply for citizenship for them before they turn 18.

The policy change appears to target children of naturalized U.S. citizens or government employees who have not lived in the U.S. for an “extended period of time,” and thus have not, by USCIS guidelines, “established residence” here.

The Department of Defense estimates that the number of people impacted by the policy change is approximately 100 annually.

The change has resulted in a furor from military and diplomatic groups now concerned that their children will be impacted for life due to their decisions to serve their country abroad.

The announcement of the rule change has also renewed talk that the Trump Administration is taking steps to try to end birthright citizenship across the board, though acting USCIS head Ken Cuccinelli, the former Virginia attorney general, insisted on Twitter Wednesday that the policy change “does NOT impact birthright citizenship.”