Trump nominates appeals judge to RBG seat on Supreme Court: The battle is on 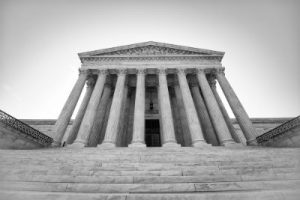 President Trump is following through on his promise to try to push a Supreme Court nomination in before the 2020 election, formally nominating appeals court judge Amy Coney Barrett.

Barrett was appointed to the Seventh Circuit Court of Appeals by Trump in 2017.

The move by the president on the eve of the election is sure to heat up an already contentious 2020 election season.

“There is so much on the line with this Supreme Court vacancy. The next justice has the opportunity to decide the future of the Affordable Care Act, and whether Americans with preexisting conditions will continue to be protected, or if millions of Americans covered by the ACA will have their health care ripped away in the middle of a pandemic. Everything from health care to reproductive rights to voting rights hangs in the balance. Given the stakes, the American people have a right to have their voices heard before the confirmation of a new justice,” Sen. Mark Warner (D-VA) said in a statement.

“I’ve said from the beginning that Sen. McConnell should follow his own precedent from 2016: this vacancy should be filled by the winner of the ongoing election,” Sen. Tim Kaine (D-VA) said in a statement. “I intend to follow that precedent and will not support anyone’s confirmation until we know the election results. There are less than 40 days between now and Election Day, and voting is already underway in Virginia and other states. Given the stakes—health care, fundamental rights, the integrity of the Court—rushing a confirmation vote before the American people have weighed in would be reckless.”