Trump fires defense secretary: FBI, CIA directors could be next 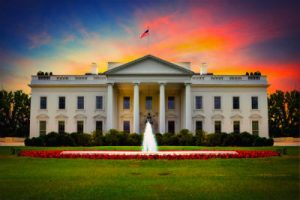 Esper will be replaced on an interim basis by Christopher Miller, who serves as director of the National Counterterrorism Center.

U.S. Sen. Mark Warner, the vice chair of the Senate Intelligence Committee, said in a statement Monday that he was “deeply troubled” by the move relative to Esper, coming as it does at the outset of the two-month transition from Trump to President-elect Joe Biden, who began taking his first steps toward putting together an administration over the weekend.

“There is no doubt that our adversaries are already seeking vulnerabilities they can exploit in order to undermine American global leadership and national security during this transition period,” Warner said.

“The transfer of power should be peaceful and fulsome in accordance with the principles that have animated our republic since its founding, and the last thing that our country needs is additional upheaval in the institutions designed to protect our national security. President Trump must not invite further volatility by removing any Senate-confirmed intelligence or national security officials during his time left in office.”