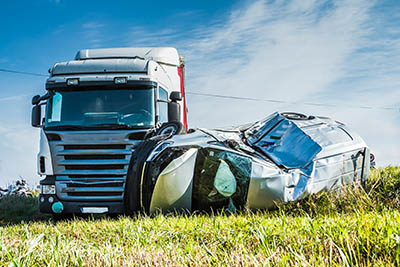 Alcohol consumption is seen across many backgrounds, ages, and professions, and it is a common problem in truckers who use drinking to cope with life on the road. The use of alcohol can cause many problems for truck drivers, including absenteeism, problems with concentration when on the road, and injuries both minor and major.

Drivers who drink to excess put others at risk, increase their chances of an accident, and add to their risk of losing their livelihood. Keep reading to learn more about how alcoholism contributes to drinking and driving truck accidents and the consequences truckers may face.

Deaths on the road

Every single day, nearly 30 people in the United States die as a result of motor vehicles accidents where at least one party was under the influence of alcohol. Truck drivers are particularly at risk of accidents because they’re behind the wheel of large, powerful vehicles. A minor problem such as failure to signal a turn in advance can lead to the truck’s contents spilling out. This can crush a trucker or other drivers.

Truck driving is a highly popular profession, and many truckers make a great living in this line of work. However, it also comes with challenges. That’s often because:

The lifestyle of a trucker can be lonely, especially during long shifts. Truck drivers who have someone with them are less likely to turn to the bottle for consolation. Drivers also have issues that can impair their health.

It’s harder to eat a home cooked meal when you’re nowhere near a place to shop and cook. Truckers often end up eating at fast food restaurants and greasy diners when they’re on the road. Fresh fruit, whole grains and other nutritious food are harder to find.

Sitting for a long time can also lead to a number of health issues, including hypertension and blood clots. Many truckers also use other substances like cocaine and methamphetamines to stay awake during long drives.

The legal implications of trucking and drunk driving

Truckers can face legal consequences for causing accidents while driving, including arrest, fines, and even being named as the plaintiff in a lawsuit. Follow the link to read more legal FAQs about truck accidents. The answers to these questions can help anyone involved in an accident decide what to do if they’ve been injured by a truck driver who was under the influence of alcohol.

A truck driver can be found guilty of a DUI if they have a blood alcohol content of .04 percent. Even a single can of beer and a glass of wine can move the driver into this category. When you’re driving a vehicle of that size and weight, there’s no margin for error.

Even after completing a jail term, if the driver was carrying materials deemed hazardous, they can face the suspension of the license for three years or even longer. This is why combating alcoholism is truck drivers is vitally important. Addressing this issue and taking steps to prevent it will save the lives of truckers and other drivers on the road.