Tradition meets transformation in the world of iGaming 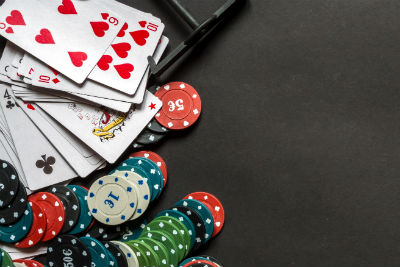 In 2012, Empire Technological Group was founded. Based in Las Vegas, the company is known for its innovations in table games technology. Since then, the company has expanded its product line that is both operator-tested and player-approved. Besides, ETG provides real-time data that allow casino operators to make the best decisions, not just on visual observation or information that may be hours old. ETG holds numerous patents around this type of technology.

Also, the Empire has moved forward with its casino space with the help of a range of SMRT Choice Products and table games. The SMRT Choice category includes marketplace solutions such as:

The Executive Director, John Glaser, said that ETG has focused on providing the best-in-class technology for tables games and video games. Even if their roots are in table games, they know that this area of games is ignored by technology. Their SMRT products provide technology solutions which help operators make the best business decisions with data they have at any moment. This method has proven to be invaluable in California, for example, because the company is expanding beyond the card rooms in 2021.

The future for casino games

In 2021 for the iGaming industry, there is going to be an advanced technology development feature for poker and baccarat games. The future game development will also be included in the slots category. For example, ETG will include in this progress their Paradise Slot brand, which is a series of video versions of table games. This brand is new for casino operators where they will see table game versions that can be played like real table games in a cabinet.

In 2018, ETG entered the video gaming market where it has successfully designed, developed, built and launched a video game cabinet that has more than 20 titles. Besides, the company doesn’t stop here, because, in their portfolio, they also have slot games and state-of-the-art cabinets that can be designed to any casino and their distinct player demographics. For example, ETG has the Akkadian cabinet, which is inspired by the ancient Akkadian Empire of Mesopotamia. The cabinet was introduced in 2019, and now it can be found in numerous locations in Southern California and also in several cruise ships from Carnival Cruise Lines. The Akkadian platform features two HD 27-inch monitors with the latest, high-quality hardware available.

In 2021, ETG will also launch a second cabinet that will be a complement to their current Akkadian cabinet. The new cabinet will be a single, J-curve profile screen with LED lighting and has the most advanced processor in the market. J-curve monitor screens are similar to the curved monitors; the only difference is that the slot cabinets have a vertical screen. Besides, a new suite of new game titles has also been developed for this cabinet.

As a company, ETG holds gaming licenses in sever jurisdiction, and it is the process of obtaining the Nevada license too. Besides, the company plans to get additional 21 permissions in states such as Louisiana, Iowa, Minnesota, Ohio, Indiana, Illinois, Michigan, Pennsylvania, New Jersey, New Mexico, Oregon and others. They want to gain foot into these markets because they want to launch in 2021 more than 15 new video game titles and the new cabinet.