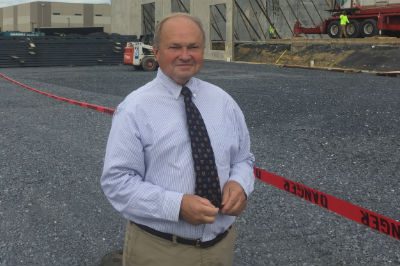 Long-time Augusta County leader Tracy Pyles has thrown his hat into the ring for the open Augusta County circuit court clerk job that is on the local ballot in November.

Pyles represented the Pastures District, basically the western half of the county, on the Board of Supervisors for 20 years, before losing his last re-election campaign, in 2017.

He remains active on the community scene, most prominently through a weekly column in The News Virginian.

He entered the race because he feels none of the candidates for the seat “have given any real thought, in my opinion, as to how to best serve the people of Augusta County.”

“I am not doing this for a big pension. I have a decent one and won’t live long enough to gain another one. I am not doing it for a job. I see a vacuum and would be excited to fill it – whatever the pay,” Pyles said.

His focus at the outset will be to offer an alternative to what he calls “the proposed waste in this courthouse build.”

With the county moving forward with plans to build a new courthouse in Downtown Staunton, Pyles said the other candidates in the race “seem to have no knowledge” of state and federal guidelines for a new courthouse.

“They need secure perimeters, large buffers, vehicle control, extensive secure and convenient parking for officials, jurists, witnesses. The records need to be secure. Failing to build a new courthouse, meant to stand 100 years, that lacks the best practices as seen by courthouse and security experts must not be permitted,” Pyles said.

Other priorities outlined by Pyles:

Pyles would add – out of his pay and benefits – one more staff position. This person would aid with the existing load and allow the adding of more services.

He would work with veterans groups, as well as emergency and police officials, to determine a fitting individual honor for all the of people in uniform who gave their lives in service to Augusta County. The names now scrunched together on plagues, outside, deserve more.

“I envision the individual commendations to include pictures, family left behind, what unit of service and whatever family, and the people contacted, feel is best,” Pyles said. “I will hope to fund from contributions but if not enough, it will come out of clerk pay, I believe it not only serves those honored fallen but can help instill a greater sense of respect and appreciate among those visitors within the courthouse where these tributes hopefully hang forever.

Pyles would also emphasize modernization in courthouse operations – starting with the development of a webpage featuring answers to frequently asked questions, and making a staffer regularly available to chat one-on-one for direct inquiries.

As part of this, Pyles said he would work with the libraries and other county facilities to have computers set up for easy access by residents throughout the county’s 1,000 square miles.

“The hope is to cut down on unnecessary visits by our folks. And hopefully cut down on staff work,” Pyles said.

Pyles has also proposed eliminating fees for concealed-weapons permits, with funding, again, coming from his salary and benefits.

“I think, if you want people to submit to background checks and then to have to pay for the inconvenience, that strikes me as unfair. I think of it as similar to the old poll tax used to keep people from voting. If we think we are safer with this compliance, we should not charge for it,” Pyles said.