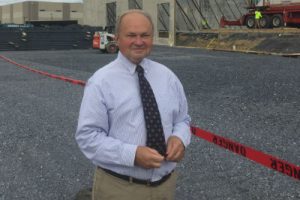 In 1996 when I began serving as the Pastures Supervisor the Real Property Tax Rate was $.58 per $100 of value. When I left office in 2018 the rate was still $.58. The only variation was the lowering of that rate, initiated by me, during the Great Recession.

Augusta County thrived at $.58. All that needed to be done was done—schools, emergency services, industrial park, water systems, libraries, parks. The economy was always better here than nearly any place else. I submit Augusta County had enduring success not despite a modest tax rate but because it had a modest tax rate.

The last two years, with my leaving, there have been back to back tax increases, first by rate and then by value.  The people of the Pastures District were misled. They were told my fiscal sensibilities would not just be continued but improved on. This has not happened.

These aberrations from what has served the people best cannot be allowed to stand during this difficult time. This country’s birth came in revolt to an indifferent sovereign’s demand for more and more from his “subjects”. We are not “subjects” but rather simply hardworking citizens struggling to get ahead, or just stay afloat. Making this harder and harder should not be the agenda of you elected to serve us.

My company pension of course is fixed at the value set in 2010. Most of us seniors find ways to adjust to “more month than money” but it isn’t easy. If we never buy a new car, (each of my vehicles are over 10 years old and carrying more than 100,000 miles) our personal property tax will go down. And when we stay home we avoid sales tax, lodging tax, sales tax. We hold the line as best we can.

But two of you (Garber-Carter} chose to attack us even where we shelter in place. The inflationary increases of reassessment should have been sufficient to meet County needs. (It always has} Instead the rate was also raised to fund a “want” already rejected by those you were elected to serve: a monstrous courthouse irrationality.

If the needs of the seniors are of no concern to you; what about our agriculture community? Mr. Slaven should be able to give a present day account of beef prices. Their crashing means all those beautiful angus grazing in our county have become liabilities instead of appreciating assets.

Those fortunate enough to have money in the stock market, and not the livestock market, have seen losses in excess of 20%. Our everyday people are losing their incomes as the unemployment rate is heading to heights not seen since the Great Depression.

This Board must show it understands the moment at hand. The $.05 vanity tax increase of Chairman Garber and Vice Chairman Carter in 2018 must be rescinded. And any of you who now support the $.63 tax rate are as guilty of abusing our taxpayers today as they were two years ago.

Just ending Mr. Garber’s quest for a Courthouse to bear his name for a Century, will allow the Budget expenditures to stay as proposed. If you don’t understand how to do this, call me. With me we lived within our means for 22 years, without me it became easier to raise taxes than to do the work of putting the people first.

Lower the tax rate to at least $.58. Anything less is your own “let them eat cake” moment.

Sincerely, an old guy doing the best he can in dark times.

Tracy Pyles is a former member of the Augusta County Board of Supervisors.