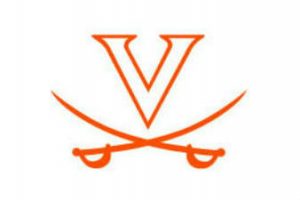 Australian distance runner Lachlan Cook (Brisbane) captured a first-place finish in the 5,000m, racing as a guest at the England Athletics U23/U20 Championships.

Cook was one of five Cavaliers to have a stellar performance on the national stage as members of the Virginia men’s and women’s track and field teams competed at national championships over the weekend (June 20-23).

Cook won the U23 5,000m run at the England Championships in Bedford, England, with more than a three second gap over the field. He recorded a time of 14:25.78 for the first-place finish.

At the Jamaican National Championships in Kingston, Jamaica, Jordan Scott (Portmore, Jamaica) placed second in the Senior triple jump, while Owayne Owens (Montego Bay, Jamaica) finished third in the Boys 18-19 triple jump competition. Scott recorded two jumps over 54 feet at the meet, capturing his best jump on his second attempt with a mark of 16.77m (55’0.25″). Owen recorded his top mark of 15.09m (49’6.25″) on his final attempt of the series.

Rounding out the weekend, incoming freshmen Jacob Lemmon (Sanibel, Fla.) and Elby Omohundro (Midlothian, Va.) competed at the USATF U20 National Track and Field Championships in Miramar, Fla. Lemmon finished fourth in the discus, throwing 56.73m (186’01”), while Omohundro scored 6,244 points to finish third in the decathlon.

Next, the Cavaliers will have members of the team compete at the World University Games in Napoli, Italy, July 3-14.