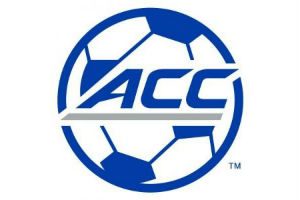 The victory puts UVA (21-1-1) in the national-championship game on Sunday against #3 seed Georgetown (19-1-3), which defeated #7 seed Stanford 2-0 earlier in the evening.

Wake finally made things interesting late, on a penalty kick by Bruno Lapa, after a tough foul assessed on UVA’s Andreas Ueland at the 78:52 mark.

The big plays late from Shutler, a save on a shot by Machop Chol with 1:51 to go, and a breakup on a cross 40 seconds later, preserved the win for the Cavaliers, who are gunning for the program’s eighth national championship.

That game will be played on Sunday at 6 p.m. and be broadcast on ESPNU.