Tiz The Law soared in Florida: Grapples for the 2020 Belmont horse race 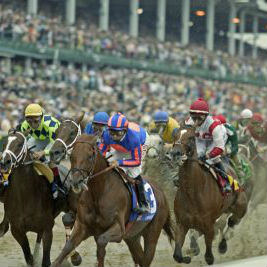 On June 20, 2020, the Belmont Stakes will finally settle to embark this year’s US Triple Crown Series. It will find a unique placement this year for the first time, as it usually serves as the final segment of the said horse racing showdown. It exchanged position with the Kentucky Derby, which is now the last part of the Triple Crown presentation.

With these recent announcements, racehorses are starting to gear up to grace the Belmont Stakes in less than a month from now. Since the field and the selection process might come differently for today’s Belmont Stakes showdown, racehorses who previously accomplished huge stakes races are most likely to be part of the lineup.

Earlier this year, there were series of Derby prep races that did not only help horses to earn a sure spot in the Triple Crown show. It also allowed them to strengthen their racing forms and increase their profit ranges. Moreover, their odd values are boosted by the mention of their name in the roster, allowing them to be on the top of their game.

Among the racehorses who showed the best performance before the Triple Crown began, Tiz The Law seems to be leading the poll. Can he nail The Belmont Stakes this year? Let’s get to know him better.

As the Belmont Stakes selection committee looks for the first eight best starters to be part of the line-up, Tiz the Law seems to be leading the roster. He was born on March 19, 2017, and has been a three-year-old thoroughbred racehorse to present. He has successfully started five racing games, which allowed him to secure total earnings of $945, 300.

This racehorse is primed by Barclay Tagg and handled by Manuel Franco. These two entities are both multi-graded stakes winners who have been receiving numerous achievements, including the Belmont Stakes. Tiz the Law is owned by Sackatoga Stable and bred by Twin Creeks Farm.

In his five racing games, which started August last year, Tiz The Law has accomplished four first places wins and a third place. This reason proves why he inched on top, leaving all the other strong thoroughbred races behind him during the race. Today, he is preparing to run in the Belmont Stakes hoping to win his first major Triple Crown record.

Tiz The Law has started his racing career at Saratoga on August 8, 2020. He competed at the Maiden Special Weight, where he easily took first place. After this achievement, Tagg decided to let him compete in stakes races, which he did well until today.

His first major racing games happened on October 5, 2019, at Belmont Park. He was one of the hopefuls for the Grade 1 Champagne Stakes, wherein he smoothly earned the first place. After that, he headed at Churchill Downs last November 11, 2019, to participate in the Grade 2 Kentucky Jockey Club Stakes, where he ended in third place.

One of the reasons why Tiz The Law is probably one of the strongest entrants in Belmont Stakes is because of his Derby trails victories. He debuted in the Holy Bull Stakes that happened last February 1, 2020, at Gulfstream Park. He showed an impressive speed and running style, which allows him to clinch the winning spot.

After that, he headed to the Florida Derby that settled on March 28, 2020. He still saddled at the Gulfstream Park, showing an equivalent speed like he did at Holy Bull Stakes. With this, he was able to maintain his pacing and leave all his competitors behind him. He won the Florida Derby title, which was also his most recent race before the Belmont Stakes.

Tiz The Law’s impressive horse racing form is already a reason why he is one of the most durable racehorses to compete in the Run For The Carnations. Being able to win major Derby prep races shaped him to show off a well-established odd value that gives each bettor a reason to wager on him.

Moreover, he has a well-experienced trainer and jockey that can help him win the Belmont Stakes this June. If he shows a more powerful speed compared to what he has been showing recently, once he competes at Belmont Park, he may be the best candidate to wager for the Triple Crown Series this year.

In less than 30 days, the mightiest racehorses will take another chance to earn the Triple Crown starting in June. With a special edition this year, Belmont Stakes will set the atmosphere with only the best thoroughbreds to grace the show. Can Tiz The Law sustain a breathtaking speed to help him seal the Belmont Stakes title? We’ll soon find out.