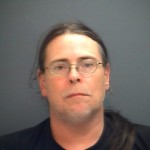 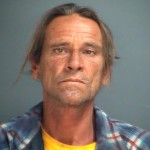 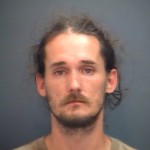 The Waynesboro Police Department has arrested three men for heroin distribution after an ongoing investigation that is part of a larger local effort aimed at destroying a growing distribution network of the dangerous drug in this area.

Johnnie Johnson Jr, a 51 year old native of Waynesboro with no fixed address, has been arrested on two separate occasions.  On September 9, he was arrested for one count of possession of heroin stemming from an incident at the bus stop at the Waynesboro Wal-Mart. When officers approached him, he tried to flee on foot but was quickly apprehended.  On today’s date, Augusta County Sheriff Deputies arrested him for three additional charges of distribution of heroin. These additional charges stem from several incidents in which Johnson sold heroin in the City of Waynesboro during the first two weeks of September.  He is being held without bond at Middle River Regional Jail.

Following Johnson’s first arrest, officers with the Police Department’s Special Operation Division conducted a search warrant at 357 Chestnut Avenue, Apt #1. Police recovered 29 packets of heroin and took two suspects into custody. Tracy Allen Bush, 43 years of age and a resident of 357 Chestnut Avenue Apt #1, is facing two felonies, distribution of heroin and possession of heroin with the intent to distribute. Justin Michael Overton, 32 years of age and also a resident of 357 Chestnut Avenue, Apt #1, is also facing those same felonies. Both Overton and Bush are being held without bond at the Middle River Regional Jail while awaiting trial.

The Waynesboro Police, in conjunction with Virginia State Police and the Augusta County Drug Task Force, continue to investigate the drug ring and additional charges are expected.

These arrests are significant in that, until recently, Waynesboro has not suffered a significant heroin problem like some jurisdictions in Virginia traditionally have. Heroin is a particularly destructive drug that affects the brain and nervous system. It is highly addictive and users suffer severe withdrawal symptoms. Police hope to aggressively interdict the sale and use of this drug before it gains a foothold in this area and becomes a more prevalent issue such as the ongoing methamphetamine problem.