The ultimate cities to visit while in Laos 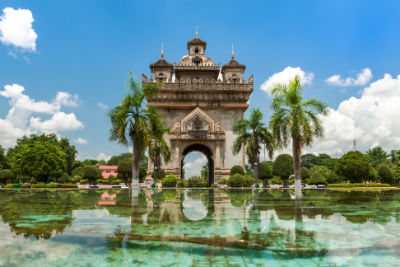 Laos is an independent landlocked country in Southeast Asia. Surrounded by China, Cambodia, Thailand, Vietnam, and Myanmar. The natives are the Lao people, a Southeast Asia Tai ethnic group. They were colonized by the French leaving a culture rich of European mixed with the Asian culture. They create some of the exciting sceneries that you can visit to explore. Here are the cities to visit in Laos that should be added in your bucket list:

The capital city of Laos and the largest city in the republic. It is located near Thailand and on the banks of River Mekong. It is rich with the Lao people’s culture that is noticeable as you walk in the streets. Having been a place where the French during colonial times did their business, you will find mixed architectural designs of the French and the natives. It’s certainly one of the cities to visit in Laos.

What to do in Vientiane

It was designed as the Arc de Triomphe ii Paris. It is one of the best-known landmarks in the city with incorporated Asian architecture. You can scale the monument to see the city from the top.

It is also known as Buddha Park. Here you will find more than 200 different religious statues.

It is also referred to as the Vientiane great stupa that can date back to the 16th century. It is a building designed with complex architectural skills and known to be one of the sacred places in all of Laos.

One of the remarkable cities to visit in Laos nestled in the north region. It was the capital of the country until 1975.

What to do in Luang Prabang

It is 100 meters high in the center of the town. It is between the river Mekong and the Nam Khan river. It has most Buddhist shrines and used as a religious site.

This is a Buddhist temple with some of the beautiful gardens and shrines. It is one of the famous temples that are rich with religion and traditional art.

It was built during the colonial era by the French for King Sisavang Vong in 1904. After overthrowing the monarchy, the site was converted into a museum. You will learn a lot if you were to visit.

Pakse is a city in the southern part of Laos. Its serenity and idyllic charm have made it one of the most beautiful cities to visit in Laos.

What to do in Pakse

It is known to be the most beautiful temple in the southern part of Laos. Most monks live here and you can visit to see them perform various ceremonies.

If you happen to be here in October, then you cannot miss this. It lasts for a week, where some of the largest boats are paddled across the river.

If you visit Laos, you would expect to find temples everywhere. This temple doesn’t look nice outside but the interior church decorations are breathtaking.

Apart from these cities to visit in Laos, there are other cities like Vang Vieng, Thakhek, Savannakhet that have a lot to offer and will make your holidays memorable.