The team most likely to hit the under in MLB 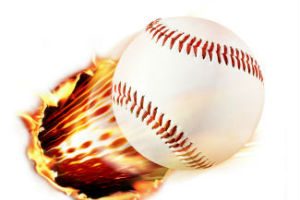 For savvy sports bettors, making wagers on the over/under of MLB games provides plenty of untapped potential. Picking the winners of baseball games can be so fickle because of how many variables go into deciding the outcome of every game. To be consistent with baseball you almost need to have help from someone who makes MLB expert picks for a living. However, betting on the number of runs scored in a game can provide bettors with value. Also known as betting an MLB over under you are wagering on how many runs will be scored in a game. As much as the players on the field matter for this bet type, data is even more important. During the 2020 season, no team has been better at hitting the under than the Cleveland Indians, who are 23-10-2 on the under, a success rate of 69.7%.

For anyone who follows baseball, it shouldn’t be a surprise that the Indians play a lot of low-scoring games and hit the under nearly 70% of the time. The Cleveland pitching staff has the lowest ERA in the American League, second only to the Dodgers league-wide. Such a stat isn’t shocking because the Indians have arguably the best pitcher in the game right now in Shane Bieber, who is 6-0 with a 1.20 ERA through his first eight starts of the season.

However, the Cleveland pitching staff is a lot more than just Bieber. Before he was traded to the Padres, Mike Clevinger was rocking a 3.18 ERA over his first four starts of the season. Meanwhile, both Carlos Carrasco and Aaron Civale have an ERA under 4.00 through seven starts. Youngsters Zach Plesac and Triston McKenzie have also performed at a high level when called upon. Plesac owns a 1.29 ERA in three starts while McKenzie has a 2.70 ERA in his two starts.

Of course, it’s not just the starting rotation that is helping the Indians play low-scoring games. The Cleveland bullpen has also been outstanding. Five of the team’s seven most-used relievers began the month of September with an ERA of 2.00 or lower. One of the exceptions to that is closer Brad Hand, who is a perfect 10 for 10 in save situations. In other words, even if the Indians don’t get more than five or six innings from their starter, their bullpen doesn’t have a problem keeping opposing teams off the scoreboard.

The other key to Cleveland’s success in hitting the under this year is a lineup that has been endlessly disappointing. Through 35 games, Cleveland is averaging a hair over four runs per game. Naturally, this isn’t good news for the Indians, who find themselves in a tight, three-team race atop the AL Central. But it’s leading to a lot of low-scoring games that has the Indians hitting the under with great frequency.

Cleveland began the season expecting Francisco Lindor and Jose Ramirez to carry them offensively. However, both have posted numbers below their career averages. Carlos Santana, another key figure in the lineup, has also been a disappointment. Even with Franmil Reyes and Cesar Hernandez contributing more than expected, the Indians have struggled to score runs consistently.

With an elite pitching staff and a suboptimal lineup, it’s no wonder Cleveland has been such a safe bet on the under. In fact, their 69.7% rate on hitting the under is nearly 10 points better than the Cincinnati Reds, who led the majors in hitting the under last season at 60.4%. Over the past decade, it’s been rare for any team to be above 60% when it comes to the under, making the 2020 Indians something special.