The story of the MIT Blackjack Team 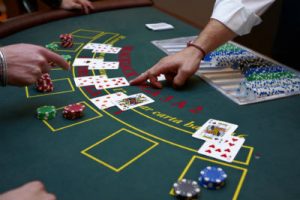 Have you wondered who the blackjack team would be? Or have you ever heard of them? If not, then this article will provide you the story about the MIT Blackjack Team.

The beginning of the MIT Blackjack Team

Bill Kaplan had already completed his high school and was supposed to join Harvard business school. However, this was not his plan as he approached his mother and told her that he wanted to start gambling, his mother was disappointed, but surprisingly his father challenged him to gamble with him. He beat him. Thus the father allowed him to let him be though he promised his mother he would go back to school.

Kaplan became more into gambling, and he desired to play blackjack professionally after reading `how to beat the dealer ‘novel, which was written by Edward O. Thorps. Kaplan moved to Las Vegas after he took an off from school, and he wanted to figure out if he could use a mathematical approach instead of the traditional methodology to make a higher profit and outdo the house edge. Using this method, he was able to make $35,000 from only $1,000.

Kaplan went back to school at Harvard business school, but he still ran the casinos in Las Vegas. After two years of managing the casinos, they started gaining popularity and more members, but unfortunately, most members of his team were defeated. This defeat made his team move their efforts to Europe, which was more favorable, thus leaving Kaplan.

In the interim, a course of `how to gamble if you will’ was offered by MIT. The course was about the basic rules while playing card games and how to strategically win. J.P Massar took these classes and convinced some of his classmates to go to Atlantic if they were capable of counting cards at a real casino. Massar and his team managed to win.

Dave, who was a professional blackjack player, noticed how the Massar team had talents, and he decided to join the team. Dave explained that he had an investor who wanted to invest $5,000. Thus the Massar team improved in terms of performance though the team didn’t win very consistently since they made expensive errors.

On the other hand, after the initial Kaplan team fled, he needed a new team while the Massar team needed a leader. Thus they were introduced to each by a friend, and they instantly hit off. Thus both sides united to work together as the MIT blackjack team.

Kaplan shaped the team by making drastic changes among the group. Thus he changed the old method of counting to a high low counting system from Edward thorps book. This system entailed using three players that are the controller, spotter, and a big player. Kaplan also invested in testing every team member on the skill of card counting so that they couldn’t go rusty. However, if the performance would not meet the required standards, then the member would be warned, and in the next trial, if they underperformed again, the member would be expelled from the team.

As Kaplan busied himself on making changes, Masser got students from Harvard, and other colleges recruited at MIT. The most popular player of the team was Johnny Chang, who was Asian. After a few months, the team was able to be successful and gain great deals, which they were able to pay the players $80 per hour. The MIT blackjack team continued to rule for a decade and made significant investments.

The team faced various challenges such as in the airport; sometimes, it was difficult to pass with a massive amount of money. And the worst that knocked the MIT blackjack team out was when the casino installed surveillance cameras to monitor the blackjack tables; hence they wouldn’t count the cards usually without being caught.

However, the team reunited together again when Chang, Kaplan, and Massar heard that in Connecticut, a new casino was opening. Yet within one year, they were able to double their investment and decided to retire. After their retirement, the MIT Blackjack Team came to an end.

Fundamentally this story became an inspiration to movie creators and book authors. It also made the blackjack, which is now offered online with real human dealers, more popular than ever before.