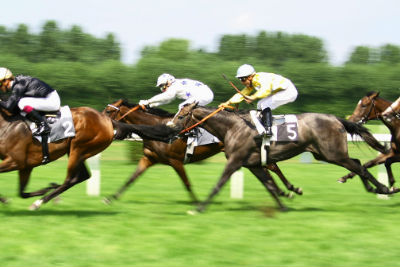 The Everest, the richest turf race in the world, will go ahead with a small crowd after organizers in Australia were granted the opportunity to have racegoers at Royal Randwick for the $15 million showpiece event.

Created to replicate the successful Pegasus World Cup event staged at Gulfstream Park, The Everest was first held in in 2017 and has become a major feature of the Sydney Spring Carnival.

There were fears that the fourth edition of The Everest, due to be held on October 17, would go ahead without any racegoers present at Randwick. But the go ahead has been granted to have a number of spectators present.

“The health and wellbeing of our patrons, riders, supporters and staff is incredibly important, and we will have a limited capacity on site due to the Public Health Orders that are in place,” said ATC Chairman, Matthew McGrath.

The decision on how many will be learned closer to the start date with around 6,500 currently permitted on those Public Health Orders regulations in place. The problem for Randwick is that they are complying with pubs, stadiums and hospitality rules to get to that figure.

However, if Randwick was to be judged on just the stadium regulations then 15,000 is a possibility. But it will go down to the wire just how many that the New South Wales government permit through the entrances on the richest day in Australian horse racing.

What is assured is a high clash field lining up. The Everest works in the same way the Pegasus World Cup does – by owners purchasing slots in the race and agreeing terms to own or part own a runner for the day.

While there are still to some loose ends tied up to complete the jigsaw of The Everest field, the majority of the contenders have been decided. The question now is who will follow in the footsteps of past winners Redzel (2017 and 2018) and Yes Yes Yes (2019).

The world’s leading sprinter Nature Strip will be joined in the field by fellow elite level performers Behemoth, Bivouac, Santa Ana Lane and Trekking. Others confirmed for the 2020 The Everest are Classique Legend, Gytrash, Tofane, Farnan, Eduardo and Libertini.

Nature Strip had headed the betting markets to justify his billing as the top sprinter in the world, but it is not Classique Legend and Gytrash at the top of the odds lists.