The most popular press on nails 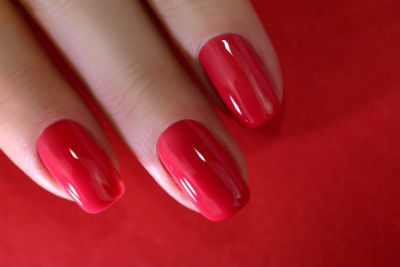 Press on nails are here to stay. The trend, which was seen as early as the Ming Dynasty in the last 1300, continues to be a way to make people feel fashionable, attractive, and put together. But, like any other trend, the styles, patterns, and colors that press on nails are made with have varied widely throughout the years.

What is the Most Popular Shape for Press On Nails?

Currently, in 2020, the most popular shape for press on nails is the “coffin” shape. Coffin shaped nails are wider at the base and taper at the tip, but not as extremely as almond shaped nails do. The tip of the press on nail is squared off, which mimics the shape of a traditional coffin.

Coffin nails are so popular because they elongate the look of the finger and provide a much larger canvas for expressive and creative nail art.

However, picking the right shape for your specific nail is always the best way to go, trend or no trend. For instance, people who have shorter, “stubbier” fingers may want to choose one of the shapes that elongates the finger – coffin, stiletto, almond, or oval. If you have naturally long, thin fingers, you may find you like how they look in a shorter style like round, square or soft square (squoval).

What are the Most Popular Colors for Press On Nails?

In addition to shape, color preference changes season to season. However, there are also a few press on nail colors that tend to be very popular, no matter the season.

Sheers and neutrals are always in style. They are classy, understated, and sophisticated, and can go with nearly any outfit or color.

On the flipside, neons are also extremely popular. These loud, bold press on nail colors are statement pieces, and they really show the world that you’re not someone that can be ignored. Neons of all colors – greens, pinks, yellows, oranges – are especially great for summer manicures.

Metallics are another fun, bold press on nail color choice. They are versatile, matching most styles and other colors (much like sheers and neutrals), which makes them wearable all year round. They can also be used as a color for the entire nail, or a fun accent on a different color.

French tip press on nails are another “color” that seems like it will always be popular. This classic manicured look can also be done in the reverse for a fun twist on an original, more nude color pattern, or with a fun color substituted for the classic thin white stripe at the tip. Some more current french tip related trends even including using a “squiggle” instead of a stripe.

Should I Purchase Individually or in a Set?

No matter what shape, style, or color you decide to go with, many people wonder whether they are better off purchasing their press on nails in a set or individually.

Ultimately, most people choose to purchase them in a set. While it may be slightly less expensive to purchase them individually, when they are purchased as part of a set you also get a nail file and the special press on nail glue. Using the wrong glue can be the difference between a beautiful set of nails that lasts six to eight weeks, or a set where you seem to be having press on nails fall off every other day.

It’s worth saving yourself the frustration by purchasing them as part of a set.

What are Some Other Characteristics of Popular Press On Nails?

Press on nail kits that come with long, convoluted directions that are difficult to understand and follow generally fall out of favor. Why follow 100 different steps to get subpar nails when you can have them done the right way, easily, the first time?

Another common factor with popular press on nails is that they come from reputable companies that only do nails. Why get your nails from a hair company? Stick with a company that has focused specifically on nails, because they tend to provide the best products.

Ease of removal is another thing that many nail enthusiasts look for. You don’t want to have to buy special products to remove your press on nails, especially if you plan to change them out regularly. Look for nails that can be removed simply by soaking your fingers briefly in acetone, which can be purchased at most stores.

Press on nails continue to be a popular choice for people looking to express themselves physically. Whether you go with a bright, bold neon or a more subtle sheer, there are options out there to suit everyone’s style and vibe. Happy choosing!