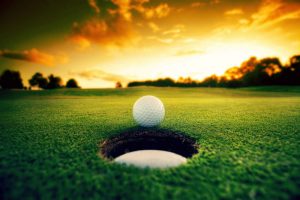 While casual golfers hail Portugal’s Algarve as one of the best places to play golf, in professional circles, it is perhaps the Augusta National Golf Club which holds the title as the most important course in the world. Its prestige is unmatched in the world of golf, with the exclusivity of its major annual tournament making it one of the most important on the golfing calendar.

It is because of the level of prestige held by the Augusta National Golf Club, the consistently high level of competition held by The Masters, and the incredible experience to be had as a visitor to the course that the sporting world turns its eye to Georgia in the first full week of April each year. In 2020, however, even with the course being in its usual pristine condition maintained by top practices, people won’t be tuning into The Masters in early April.

On March 13, The Masters at Augusta was officially postponed, as were the Augusta National Women’s Amateur and the Drive, Chip, and Putt National Finals. The organizers remain hopeful that the tournament can be moved to a later date this year, rather than it being scraped altogether, which means that we can still look at the would-be competitors of The Masters 2020.

Without a green jacket but the favorite once again

It seems as though climbing to fourth at the Masters pumped the breaks on McIlroy’s momentum, though, as he’s been without a major championship for six years. He was favored to break his Augusta duck in last year’s tournament, being fancied to the point that few had any doubt that he’d come away with his first green jacket. Instead, an emphatic resurgence from Tiger Woods sealed the American his fifth victory in the tournament.

Coming into The Masters this year, as of March 13, McIlroy once again leads the field as the favorite for the green jacket, clocking in at +650, sitting well ahead of the other competitors. To be fair, he’s been in fine form, playing consistently high-quality golf and landed the 2019 PGA Tour Player of the Year, Vardon Trophy, Byron Nelson Award, and became the 2019 FedEx Cup Champion.

McIlroy has been on fire throughout this golf season, going from strength to strength and looking to have honed in on finally becoming a champion in Augusta. If he does achieve this feat, not only with McIlroy beat his six-year major drought, but he’ll also complete a career grand slam – which many see as being long overdue.

Of course, Augusta will be an open field

Regardless of who comes into the Masters Tournament as the favorite among pundits and fans, it all comes down to who plays best on the occasion. Being such a prestigious event, the nerves of being on one of the biggest stages in golf, as well as the daunting prospect of the competition, can rattle the nerves of even the most favored competitors.

As we saw last year, McIlroy sunk big time, leaving room for the former champ Woods to usurp the favorite and several other frontrunners. This year, perhaps his closest competitor in terms of recent performances, overall form, and consistency, is Justin Thomas. In 2020, when grading on a combination of top ten finishes, wins, scoring average, and strokes gained, McIlroy and Thomas stand well above the rest, according to CBS Sports.

Bar any setbacks en route to the rearranged Masters, assuming that tournament organizers get another date arranged, Rory McIlroy will be tipped to don a green jacket finally, but there are plenty of top-class competitors in the field ready to usurp his status once again.