Are we on pace for record voter turnout? Or … 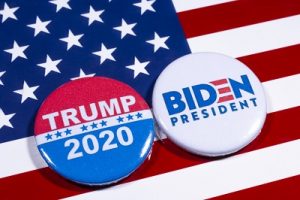 There were 138.8 million votes cast in the 2016 presidential election, surpassing the previous record set in 2008 by more than 7.4 million.

Published reports this weekend have us at over 92 million votes already cast through in-person early voting and mail-in voting, which has some analysts thinking that we’re on pace to break, even obliterate, that new record from four years ago.

I’d caution against just assuming that, and then assuming, as we’ll go over further down in this piece, that all manner of uncertainty is sure to follow as a result.

You can’t turn on the TV or look at your phone without being inundated with the push to vote, and the plethora of early-voting options has made it easier than ever to just get the job done.

People have had six weeks to have their say.

Have been able to go to the voter office basically whenever they please, drop a ballot in the mail.

We’re supposed to expect that people who couldn’t drag themselves to the polls or the mailbox the past 50 days are going to suddenly come out in droves on Tuesday?

I’m of the mindset that we’re going to see turnout probably in line with 2016, a little more or a little less.

Will we know who wins before we go to bed on Election Night?

Good on you for being able to steal some winks.

It’s not likely that they will be peaceful.

Several states don’t permit early votes to be counted until Election Day, so there’s going to be an obvious lag.

What’s the over/under on when Trump tries to first claim victory?

The poll numbers that we will have coming in will be the traditional ones – the votes cast on actual Election Day.

In key battleground states like Pennsylvania and Wisconsin, which aren’t allowing for early counting, and where the early voting is skewing heavily Democratic, you’re likely going to have counting numbers that will lean toward the president, maybe heavily so, just because of the demographics of voting in the midst of a pandemic.

Trump is trailing big in the polls – the Real Clear Politics average has him down 7.2 points; FiveThirtyEight.com has the race Joe Biden +8.6.

But the president has been laying the groundwork for months, OK, years, to make the claim that Democrats will try to rig the election against him.

As we see numbers come in from votes cast on Election Day, which skew Republican, and have to wait for the votes cast early in-person and by mail, which will skew Democratic, we’re going to be prone to the narrative that we saw play out in 2000.

The networks called that one for George W. Bush before retracting the early call when it became obvious that Florida was too close to call, but the Bush side was able to spin the confusion into a storyline that had Al Gore trying to steal the election through backroom maneuvering and the courts.

The Trump folks are chomping at the bit to be able to unleash their update to that story.

It will take every fiber of their collective being for them be able to hold off until 10 p.m.

How do the Biden folks respond?

Nothing from what I’ve laid out here is new to anyone on the inside. Team Biden has poll observers and lawyers deployed at precincts and voter offices across the country.

That’s the unseen part of politics.

I think more important will be the messaging for the cameras on Tuesday night.

If you assume that Team Trump is ready to declare victory to get ahead of the vote tsunami that will come as the early votes begin to add up, you have to be ready to counterpunch, and that counterpunch may need to be a first strike.

The only shot that Team Trump has is to muddy the waters in states like Pennsylvania and Wisconsin that may look at the outset to be leaning Republican despite the polls suggesting otherwise.

Knowing that, your job, on Team Biden, becomes, not letting that happen.

Easier said than done, but that’s why those folks aren’t getting any winks.

Thanks, now we can’t sleep, either. How does this end without America tearing itself apart?

We got ourselves into this mess – we being, NBC, which built the Trump myth through “The Apprentice”; CNN, which pumped its ratings in 2015 and 2016 by going wire-to-wire live every time Trump had a rally; Facebook and Twitter, which made raked in billions in advertising dollars that sliced and diced us into warring political tribes.

I’m not sure that the convincing Biden win that will be clear by mid-morning Wednesday does much to get us out of this mess, not immediately, anyway.

They have sown the wind; we shall reap the whirlwind.