The different veins of kratom 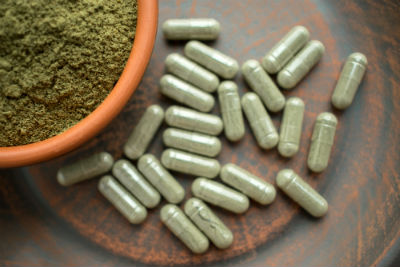 The kratom tree, known scientifically as mitragyna speciosa, is a tree in the coffee family. It grows natively in Southeast Asian countries such as Thailand, Indonesia, Myanmar, and a few others. The tree can get up to 82 feet high under optimal conditions.

When shopping for kratom, you will notice that strains are often organized by their color. This color is referencing the color of the veins on the leaves at the time of harvest. First time shoppers often think the color is a strain of its own. So they think red kratom is a strain. In reality, it is a variety. Many strains come in most or all of the different vein colors.

Red vein kratom encompasses all strains that are harvested when the plant is at its most mature. Once the veins on the leaves turn a deep red, farmers know it is time to harvest.

This variety often has the highest alkaloid content since it is the most mature. Popular red kratom strains include maeng da, bali, borneo, chocolate, dragon, elephant, hulu kapuas, sumatra, and thai.

Many kratom enthusiasts say red varieties are the best for beginners. It is also the most common strain. It is easier to get a reliable supply of these red strains for many vendors, which is a big reason why it is so popular.

Green vein kratom strains are harvested when the plant is in the middle of its maturity. This variety is the hardest to harvest because it has to be timed just right. Too late and the veins will turn red. Too early and the veins will still be white.

Green strains are still pretty common, but they are more rare than red strains. Reputable vendors will have several green strains, but lesser known vendors will only have one or two at best.

White vein kratom strains are harvested when the plant is in its earliest stage of maturity. These strains are the quickest to produce, so you would think they would be among the more widely available varieties. The opposite is true, though. Even reputable vendors with quality suppliers only usually offer a couple strains at most.

White varieties have less concentration of alkaloids than the other two, but it does not mean it’s inferior. It just provides a different user experience.

Yellow vein kratom is actually a misnomer. The veins on the kratom leaf do not naturally turn yellow during their maturity cycle. Furthermore, there is no one way that yellow kratom is made.

Some people think this variety is actually just a blend of red, white, and green veins that have been fermented during the drying process. Others think it is red vein kratom dried under unique conditions. The latter is the most agreed upon definition within the kratom community.

This variety is much more rare than the red, white, and green. Most vendors don’t carry it at all. Those that do only have a couple strains available.

Gold vein kratom is another misnomer. Like the yellow variety, there is no such thing as a naturally occurring gold vein. Some think the yellow and gold varieties are the same. While they undergo a similar drying process to get their color, these varieties are slightly different.

Gold varieties come from using a special drying process on young leaves with white veins. Like the yellow variety, gold strains are very rare. Most vendors don’t have a reliable supply.

Now that you know about the different veins of kratom, you are ready to try a couple of varieties to see which one you like best.

When choosing a vendor, make sure you purchase from a company that is approved by the American Kratom Association’s good manufacturing process standards program. It is the only way to know that the varieties you purchase are pure and free of contaminants.