The crucial role of seals in aviation, space flight 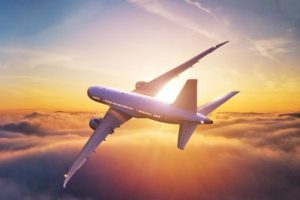 When you see a 747 taking off into the air, or a rocket blasting off into space, it is easy to focus on the impressive wings, nose cones, fins, engines and other large components that are all part of these magnificent machines.

But when you think about it, no plane or rocket will be able to travel safely without a number of extremely small pieces of equipment correctly placed inside the aircraft, where no one can see them. Take, for example, rubber seals and fasteners. These tiny items have a huge role to play in the aviation and space industries, helping to ensure that pilots, their crews and passengers and astronauts all stay safe.

With this in mind, let’s look at the various roles and responsibilities that these rubber seals and other components have in aircraft.

Hard-Working Components of a Plane

Seals are found in many parts of airplanes, including the exterior flaps, the windshield of the cockpit and inside the engine. Seals are used to prevent fluids from getting through different points in the plane, as well as keeping dirt and air out of the system. For instance, seals are a critical part of the hydraulic and pneumatic systems in planes.

While there is not a one-size-fits-all seal for the entire plane, the o-ring is the most common type of aircraft seal. As AircraftSystemsTech notes, advances in aircraft design have necessitated that o-rings are made from specific compositions that will withstand huge fluctuations in temperatures. Newer compounds have been developed under Military Standard specifications that mean o-rings will perform well when exposed to really low or high temperatures, all without sacrificing performance. These small o-rings must be incredibly rugged and strong; in addition to having to perform well in fluctuating temperatures, they also have to stand up to harsh weather conditions, airflow pressures, aviation fuel and other chemicals.

When it comes to rocket ships, notes NTS, only the toughest and most robust products will survive the severe stress of being part of this type of aircraft. Extensive testing is done prior to a rocket ever blasting off — this will ensure that every component that is part of a rocket will be able to get through the voyage safely. As is the case with commercial aircraft, o-rings are used in rockets as well, in key areas like rocket boosters and rocket motor segment joints.

Viton Fluorocarbon O-Rings Have What It Takes

When it comes to o-rings, there is a huge variety of sizes and materials from which they are made. To ensure that aircraft are as safe as possible, they must be fitted with o-rings that are made from rubber components that can withstand factors like extreme changes in temperature, pressure, inert environments, chemicals and solvents. As Apple Rubber notes, Viton fluorocarbon seals offer a solid combination of high-temperature resistance paired with the ability to withstand chemicals. When made into either o-rings or gaskets, Viton fluorocarbon sealing devices are commonly found in fuel systems of aircraft and are also used as seals for aircraft engines.

Seals are a key part of aircraft. By evaluating what types of stressors each o-ring, gasket and other seal must withstand, manufacturers can determine which type of materials must go into making each seal. Fortunately, thanks to Viton fluorocarbon, o-rings can withstand the extremely harsh conditions that are found inside a variety of aircraft.