The COVID-19 pandemic is testing world leaders: And Japan’s PM Abe is doing better than others 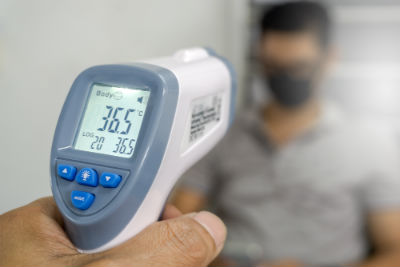 World leaders are facing unprecedented challenges as the COVID-19 pandemic continues to threaten every aspect of people’s lives. It’s been a few months since the outbreak in Wuhan, China, and the virus has spread from east to west, impacting not only the health and safety of individuals but also the economy of the world. In these times, the heads of state are being judged by their constituents like never before.

One commonality among these leaders is their implementation of lockdowns or quarantines. The difference lies in the severity and length of the implemented measures. Some have shocked and even angered their citizens by taking advantage of the situation and abusing the extended powers they were able to gain. Others have earned praise owing to the fact that they have handled the crisis efficiently and decisively. Still others have been receiving mixed reviews, quite unsurprisingly. After all, there really is no such thing as making everyone happy.

Japan’s Prime Minister Abe Shinzo falls in this last category. On the one hand, he was one of the first to handle a huge crisis, with the cruise ship Diamond Princess docking on his country’s shores. In the early stages of the COVID-19 pandemic, with no playbook of any kind to follow, the Japanese government had to deal with a cruise ship flying the British flag and operating under an American company. There was no lack of critics regarding the manner the government handled the situation and yet one cannot deny that PM Abe and his cabinet went over and beyond their duty to ensure – to the best of their ability and given the limited information and resources they had – that the passengers and crew received the aid they needed.

Soon after, PM Abe went in a direction that some world leaders didn’t take. Instead of making it a political or military issue, his government made sure they put highly qualified people in place. Scientists, medical doctors, and other professionals who actually know what they are doing. People who are equipped to deal with a pandemic, know how to find solutions medically, socially, and economically. By creating a task force, PM Abe put the needs of his people first.

“It is necessary for people to act as one to overcome what can be described as a national crisis,” he said in March.

Around the same time, the prime minister decisively declared a travel ban, prohibiting entry to Japan for those coming from 21 European countries, as well as Iran.

As infection rates and death tolls soared around the world – with countries outside China exceeding the numbers of the source of the virus – Japan continued to keep its figures low. This has been considered a mystery by many a pundit. Journalists have been ruminating over this point over and over.

Japan’s low infection rate has been attributed to various factors, including their culture, which helps stop (or at least slow down) the spread of the various. Instead of kisses on the cheek, they bow when greeting others, lessening contact between people. They are also known for their attention to personal hygiene, which we know is the key to avoiding infection.

But are these really all that have contributed to the country’s containment of the COVID-19 virus?

In truth, the answer is no. One has to also look at what PM Abe has been doing to curb the spread of the virus. Mid-April, he declared a nationwide state of emergency, which was actually an expansion of a decree he had put in place less than two weeks prior. At that time, the infection rates had increased (though still low compared to other countries). This expanded state of emergency covered all 47 of the Japanese prefectures, aiming to limit contact by up to 80%. The success of this declaration is such that the government is set to lift the state of emergency and other measures will be eased up in select prefectures on Monday, May 25. This includes Tokyo, Kanagawa, Saitama, and Hokkaido.

Furthermore, true to form, PM Abe has given his support to the World Health Organization and its efforts to stop the pandemic. Compare that to his American counterpart, who has threatened to cut funding. “There’s only the WHO that can serve as an international institution to address the pandemic”, he said, recognizing the importance of global unity in these times.

Another critical aspect of the pandemic is the holding of public gatherings. It is understandable that governments and event organizers have been hesitant to announce cancellation, especially with massive amounts of money involved. The first race of the Formula 1 world championship in Melbourne, Australia, for example, was cancelled only on the day itself! With what may very well be the biggest sporting event supposed to be held in Japan this summer, PM Abe faced a crucial decision. Together with the International Olympic Committee, the government postponed the Tokyo Olympic Games to July 2021. In April, however, PM unequivocally stated that it would still be impossible to hold the Olympics next year if the virus has not been contained.

The Japanese government may be receiving its fair share of criticism, and perhaps with some degree of truth, but no one can overlook the strong leadership that PM Abe has been displaying. The implementation is not flawless, sure, but compare his performance to that of other world leaders. Compare the results of the Japanese government’s efforts to contain the coronavirus to the situation in many other countries – first world or developing. One can only conclude that PM Abe is doing something right and can teach his peers a thing or two.

Author Jacob Maslow is passionate about writing. His experience and varied interests lend themselves to a diverse palette of topics ranging from technology, marketing, politics, social media, ethics, current affairs, family matters and more. In his spare time, Jacob enjoys being an active member of social media including groups on Facebook and taking in the latest movies.