The AFP on WREL: March Upsetness 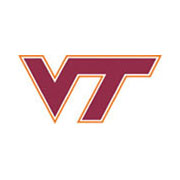 The main thrust in this week’s segment is the upset feelings down in Blacksburg over the latest NCAA Tournament snub of Virginia Tech. Chris and Jim break down the snub by examining Tech’s resume and the respective resumes of several bubble teams that were awarded NCAA bids. Were the Hokies the victim of a screwjob by the NCAA?

In the meantime, the Hokies will be playing this week in the NIT, and JMU gets ready for the CBI – as UVa. turned down an opportunity to play in that third-tier tournament. Was that a good move on the part of UVa.?