The 1990 WMHS Academic Team: Us Against the World 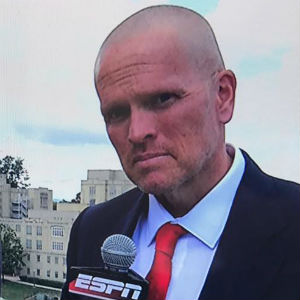 Patrick Hite’s story on the Fort Defiance scholastic bowl team has me waxing nostalgic about my own academic team experience from high school.

Way back in 1990, we’re talking here, I was a member of the academic team at Wilson Memorial that qualified for a national-level tournament.

We won both the fall and spring regional competitions sponsored by WAYB, the AM station that has long since gone off the air, and were runners-up on WVPT’s “Pop Quiz” and the iconic “It’s Academic” TV show.

Along the way, we upset the St. Anne’s-Belfield School team at its own tournament, defeated a team from The Collegiate School, and came to think in the process that we were about to take over the world.

Because, in case this point got lost on you, we were the academic team from Wilson Memorial, a Group A high school, graduating class of 120, from Middle of Nowhere, Virginia.

Patrick’s story about the Fort Defiance team not being scared at all of having to compete with the kids from big schools reminded me of our mentality back in the day.

We relished the opportunity to beat the private-school kids on their turf.

And for our trouble, we got exposed to the world outside our mountain ranges. “It’s Academic” got us a trip to Washington, D.C., for a weekend, and the national tournament was in Chicago, for a week, including three games at Wrigley Field, sitting in the Ferris Bueller seats.

The kids on the team turned out OK. There’s me, doing whatever I do today, plus a doctor, plus a government contractor.

One quibble with the reporting on the Fort Defiance story: the coach noted how the topics include what he called trash questions on sports and pop culture.

My single most indelible memory of the 1990 academic season comes from “It’s Academic.” The second round had us matching up pro athletes with the teams that they were most known to have played for.

Getting all 10 correct would give us a 100-point bonus.

You don’t need me to tell you that we got that 100-point bonus because I got the 10th and final one right, matching Drew Pearson as a Dallas Cowboy.

I do this for a living now.

Things worked out the way they were supposed to.