Texting and driving: How many deaths in 2019? 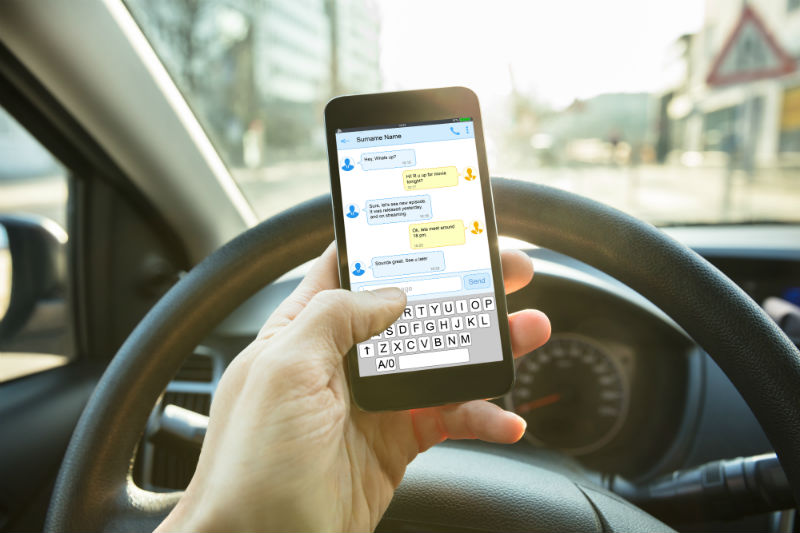 We’ve all had this experience before: someone swerves in front of you, cuts you off, or causes you to miss a green light because they’re texting instead of paying attention to the road. It’s an infuriating experience, and all too often, it is also a fatal one.

In 2018, more than 2,800 people died in distracted driving accidents in the United States, according to the National Highway Transportation Safety Administration (NHTSA). Among those who died, over 1,700 were drivers, over 600 were passengers, over 400 were pedestrians, and more than 70 were on bicycles.

What is distracted driving?

Anything that takes your attention from driving is considered distracted driving. This could be talking or texting on your phone, eating and drinking, talking to other passengers, or changing radio stations. There is no question, however, that texting is the most dangerous distraction on the roadways today.

Dangers of texting and driving

There are many reasons texting and driving is so dangerous. Sending or reading a text makes you take your eyes off the road for five seconds. That may not seem like much time, but if you are traveling at 55 miles per hour, that five seconds is the equivalent of driving the length of a football field with your eyes closed.

Some of the statistics regarding texting and driving include:

In addition, 42 percent of high school students admit to texting while driving.

Who is texting and driving?

According to the CDC’s Distracted Driving report, 25 percent of the fatal crashes that involved distracted driving were between the ages of 20 and 29. The agency also indicates that drivers between 15 and 19 were more easily distracted than those who were over the age 20. Of the teens who died in crashes, nine percent were driving while distracted.

In 2019, 39 percent of high school students texted while they were driving while texting or emailing was common among older students. Teens who earned higher grades were more likely to text while driving than those who earned lower grades.

The students who admitted to texting while driving were also less likely to wear a seatbelt, more likely to ride with a driver who had been drinking, and more likely to drive themselves after drinking alcohol. Something must be done about this at the high school level.

If you are riding with someone who texts while driving, ask them to stop and focus on driving. Offer to respond to the texts for them or handle the navigation system. If you have teens, talk to them about the dangers of texting and driving. Provide them with a Bluetooth device that will allow them to hear texts and respond by voice to keep them from viewing their phone.

If you have been involved in an accident where the other driver was texting and driving, click here for understanding more about what driver negligence is. It’s important to have a good grasp of this if you’re thinking about filing a lawsuit, because your lawyer will need to be able to prove negligence on the driver’s part to win your case.